Guatemala (the Republic of Guatemala) is bordered by Mexico (north and west), Belize (northeast), Honduras and El Salvador (southeast), the Pacific Ocean (southwest) and the Caribbean Sea (east).

Although inhabitants date back to before 12,000 BC it was from 2000 BC when Guatemala became the centre of the Mayans. After 900 AD, when this civilisation ended, regional kings ruled until the Spanish arrived in 1519 and most of the population was killed by disease.

It was part of New Spain until 1821 when the Captaincy-General of Guatemala (El Salvador, Nicaragua, Costa Rica and Honduras) declared independence, becoming the Federal Republic of Central America from 1823. Guatemala left the federation in 1847 after which it experienced years of instability and strife with repeated attempts to modernize.

From 1904 it was ruled by a series of dictators backed by the United Fruit Company (UFC) who were given concessions at the expense of the people.

In 1944 revolution led to reform but a US-backed military coup, protecting the profits of the UFC, installed another dictatorship in 1954. In 1960 a bloody civil war broke out, which ended in 1996 with a UN-brokered peace accord finally bringing democracy. Since then the country has seen economic growth but still has poverty, crime and instability.

Two E-W mountain chains run through the country dividing Guatemala into 3 regions, the highlands, the Pacific coast in the south and the sparsely populated Peten region in the north.

The country is thus mountainous with small desert areas, except for the southern coast and northern lowlands of Peten where the oil fields are located.

The country has produced heavy oil from a number of fields in two regions within the Peten Basin, since 1976. The largest by far is the Xan field in the north which was discovered in 1981 and came onstream in 1993. A pipeline runs south to a group of much smaller fields and then across the country to the Caribbean coast.

Few significant new prospects are present but the government is encouraging new exploration in an attempt to raise output. Although a net oil importer, most of Guatemala’s oil is exported as refinery capacity is limited.

Guatemala has no offshore production and none is forecast by Globalshift off either coastline. The country produces and uses no gas. 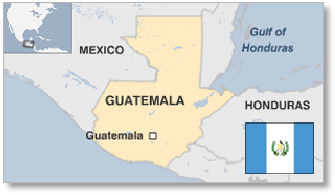 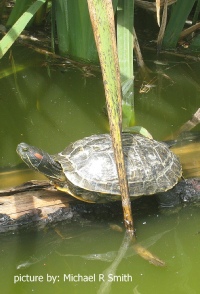 Turtle in a swamp

Guatemala is a presidential representative democratic republic. The President is both head of state and head of government and of a multi-party system.

The Guatemalan Ministry of Energy and Mines oversees and regulates the oil and gas industry in the country. Every licence must have state participation.

Perenco has been by far the biggest operator in the country since 2001, running the largest fields and operating the pipeline infrastructure network and a refinery.