Mexico (the United Mexican States) is a federal republic bordered by the USA (north) and Guatemala and Belize (south). The Pacific Ocean lies to the west and the Gulf of Mexico and Caribbean to the east.

Communities were present in 5,000 BC, evolving into kingdoms which merged into the Aztec empire which fell to Spain after 1519. The territory then gradually expanded as part of the Viceroyalty of New Spain.

Independence was achieved in 1821 and the region became the United Mexican States in 1823. A long period of instability followed, especially in the borderlands. Texas broke off in 1836 and in 1846 the Mexican–American War led to the loss of over one-third of its land to the USA (including California), followed by southern Arizona and New Mexico in 1854. From 1860 to 1867 the country was occupied by France.

Although political repression continued, social reforms greatly improved the economy up to 1910 when the dictatorship was overthrown in the Mexican Revolution. This became a civil war lasting until 1929 when the National Revolutionary Party took power.

In 1938 Mexico nationalized its oil industry. One-party rule ended in 2000 and foreign ownership rules are now being relaxed. Mexico’s industrial economy is diverse and growing, but inequality remains a major source of discontent.

Almost all of Mexico lies in the North American tectonic plate with only small parts of Baja California in the Pacific and Cocos Plates, plus a number of islands in the Pacific Ocean including Guadalupe Island and the Revillagigedo Islands. It is treated as part of Central America by Globalshift for geopolitical reasons.

From north to south run mountain ranges known as Sierra Madre Oriental and Sierra Madre Occidental, which are extensions of the Rocky Mountains. From east to west the country is crossed by the Trans-Mexican Volcanic Belt also known as the Sierra Nevada. The majority of the central and northern territories are at high altitudes with the highest elevation being the 5,700m Pico de Orizaba in the Volcanic Belt.

The Mexican oil expropriation in 1938 nationalized the US and Anglo-Dutch oil company known as the Mexican Eagle Petroleum Company. This resulted in the creation of the state-owned Mexican oil company (Pemex) which has controlled the industry ever since. However, in 2013 the monopoly was ended and in 2015 the first areas for nearly 80 years were made available for direct foreign participation.

Oil production began in 1901 from the Northern Region and had commenced in many areas bordering the Gulf of Mexico by the 1960s, however, onshore output has been in decline since 1979.

Offshore, the most productive area is the shallow waters of Campeche Bay where the giant Cantarell complex began producing in 1979. Smaller fields on the west margin of the Gulf were developed after 1972. Cantarell is now declining but other field complexes, such as Ku-Zaap-Maloob, have replaced some of this shortfall.

Deep water exploration began in 2004 and new output is expected by Globalshift in the 2020s. The deep water Trion field will be the first to be farmed out by Pemex to foreign companies.

Gas comes from the onshore Burgos basin, the Golden Lane area west of the Gulf and Campeche Bay. Output is increasing as use is being made of offshore gas that is currently flared or re-injected. 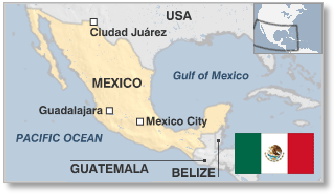 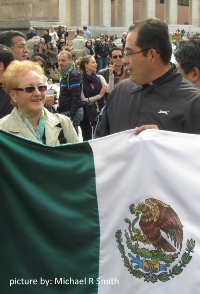 Mexico is a federation whose government is representative and democratic based on a presidential system. The President is head of state as well as commander-in-chief of the military.

The legislature is the elected bicameral Congress of the Union, composed of the 128-senator Senate of the Republic and the 500-member Chamber of Deputies.

The Secretariat (Ministry) of Energy (SENER) is the government department in charge of production and regulation of energy.

Petróleos Mexicanos (Pemex) is the state-owned petroleum company created in 1938 by nationalization of all private, foreign, and domestic companies. Taxes on Pemex provide about a third of all the tax revenues collected by the Mexican government.

The National Hydrocarbons Commission (CNH) was created in 2008 as an independent body to support the Ministry of Energy and regulate and oversee the E and P activities of Pemex.