Apr 2021: PetroNor provided an update on its purchase of SPE Guinea Bissau announced in November 2020. PetroNor will assume 78.57% as operator of Sinapa (Block 2) and Esperanca (Blocks 4A and 5A) which have been extended for 3 years. PetroNor will now commence discussions on the work programme and drilling activity.

Oct 2020: Svenska Petroleum Exploration has secured approval to extend the terms of the offshore Sinapa and Esperanca licenses. The current exploration period for  will now expire on Oct. 2, 2023. Operations include preparation for drilling the Atum-1X prospect which was suspended due to Covid-19.

Aug 2019: Svenska (operator, now 23.03%) agreed with CNOOC (now 50%) to farm-out its Sinapa (Block 2) and Esperança (Blocks 4A and 5A) Licences. Partners are FAR (21.42%) and Petroguin. Svenska will drill the country’s first deep water exploration well in Q1 2020. The Greater Atum prospect is a shelf-edge play analogue of the SNE oil field in Senegal.

Feb 2015: Two new onshore blocks are being offered (Blocks 2 and 4) at the triple junction between the Senegal, Bove and Youkounkoun basins. No wells have ever been drilled although heavy oil has been found offshore Senegal. Remaining onshore acreage is under application by Tender Oil (Blocks 1 and 3) and Indigo Oil (Block 5).

Oct 2014: Cap Energy will conduct a 3D seismic survey in November 2014 over the deep water carbonate shelf in Block 5B to look for fan systems on the shelf edge. The geology of Cap’s block is analogous to that of the FAN-1 discovery in Senegal.

Oct 2014: Oryx acquired 85% in the AGC Central license in water depths from 100m to 1,500m within the joint AGC area of Guinea Bissau and Senegal. L’Entreprise AGC holds 15%. In the first 3-year exploration phase 750 sq kms of 3D seismic will be acquired. Oryx also operates the AGC Shallow area in water depths up to 100m where the first well is expected in 2015.

Apr 2014: FAR and Svenska, having approved an offshore work program which includes one firm appraisal well and one contingent exploration well, has postponed plans to drill the first well until March 2015. The Sinapa appraisal well will be drilled into the Sinapa oil field discovered in 2004. FAR has a 15% interest in the Sinapa and Esperanca blocks

Mar 2014: Petroguin has announced that agreement has been reached  for an exclusive 2D multi-client extension programme. The new survey will extend existing seismic coverage over offshore open deep water acreage.

Feb 2014: FAR Limited has completed geotechnical studies of its 3 offshore blocks; Sinapa Block 2 and Esperanca Blocks 4A and 5A. The East Sinapa discovery, drilled by Premier in 2004, is estimated to contain contingent resources of 13.4 mm bbls of oil. West Sinapa is expected to be drilled in late 2014. FAR holds 15% of the blocks along with Petroguin and Svenska, the operator.

Nov 2013: Svenska is offering a farm-out of the Sinapa discovery which has estimated reserves of 48 mm bbls and an upside of 119 mm bbls of oil. Svenska is operator with 55% of the Sinapa (Block 2) and Esperanca (Blocks 4A and 5A) licences along with FAR (45%). An exploration well on the Sinapa West Prospect is planned in 2014 at a cost of US$40 mm. 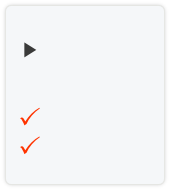