Aug 2021: The African Development Bank (AfDB) thinks TotalEnergies’ LNG project could be back on track by 2023.

Apr 2021: Due to unrest in the Cabo Delgado Province, Total has withdrawn all Mozambique LNG project personnel from the Afungi site and declared force majeure. Mozambique LNG is the country’s first LNG development including development of the Golfinho and Atum fields within Offshore Area 1. The project was expected to come into production by 2024.

May 2020: Samsung lifted the first topside module on the Coral Sul FLNG unit in South Korea. Commencement of production is planned for 2022 when 450 bcm of gas from the reservoir in Area 4 will be put into productiion in 2000m of water. Eni is operator with ExxonMobil, CNPC, Galp, Kogas and Empresa Nacional de Hidrocarbonetos. Liquefaction capacity will be 3.4 mmtpa.

May 2020: Total secured US$14.4 bn funding for the 1st phase of its LNG project including development of the Golfinho/Atum gas fields in Area 1, which will feed the plant. The project will initially consist of 2 LNG trains in Cabo Delgado with a total capacity of 12.88 mmtpa. Of 1,700 bcm in Area 1, 510 bcm will be developed with these trains, with production beginning in 2024.

Apr 2020: An FID for the Rovuma (LNG) project expected later this year, has been delayed by the COVID-19 pandemic. The Coral LNG development continues as planned.

Jan 2020: Eni and its Area 4 partners launched the hull of the Coral Sul FLNG facility in South Korea. The FLNG is part of the Coral South project that will produce 450 bcm of gas. Production start-up will be in 2022 with a liquefaction capacity of 3.4 mmtpa. Six subsea wells will feed the unit.

Sep 2019: Total announced closing of the acquisition of Anadarko’s 26.5% operated interest in the Mozambique LNG project for US$3.9 bn. It is the 1st onshore LNG development and includes the Golfinho and Atum fields (510 bcm of gas) in offshore Area 1 and a 2-train LNG plant with a capacity of 12.9 mmtpa. The project will come into production by 2024.

Jun 2019: Anadarko and partners have taken the FID to develop the $20bn Area 1 LNG project. It can now advance to the construction phase of 2 LNG trains with capacity of 12.88 mmtpa using gas from the Golfinho/Atum fields. Anadarko is set to be acquired by Occidental but has agreed to sell its Mozambican holdings to Total in 2020.

May 2019: Rovuma Venture (Eni, ExxonMobil and CNPC, 70%) announced government approval for development of the Rovuma LNG project using gas from 3 reservoirs of the Mamba complex in Area 4 of the Rovuma basin. Sales agreements for 100% of the LNG from Trains 1 and 2 (15 mmtpa) have been also been submitted for approval. The project will provide up to 17,000 tpa of LPG. Galp, KOGAS and Empresa Nacional de Hidrocarbonetos hold 10% each.

Jul 2018: The development plan for the phase 1 of the Rovuma LNG project has been submitted, producing from the Mamba fields in the Area 4 offshore block. Two trains will each produce 7.6 million tons per year. ExxonMobil will lead the liquefaction facilities and Eni will lead the upstream facilities. An FID is scheduled for 2019 with production expected to commence in 2024.

Jun 2017: Eni has launched its Coral South FLNG project, the first deep water project in the development of Area 4 in the Rovuma Basin. The FLNG unit will have a capacity of 3.4 mmtpa and will be located in around 2000m of water.

Mar 2017: Anadarko will spend US$120 mm in 2017 on development of the Prosperidade and Golfinho/Atum gas complexes in Offshore Area 1, which will be used to feed an onshore LNG terminal with 2 initial trains, each with a capacity of 6 mmtpa, on the Afungi peninsula in Cabo Delgado province. Additional trains will be capable of producing greater volumes.

Nov 2016: Eni has authorized investment for the first phase of the Coral South project in the deep waters of the Rovuma Basin (Area 4). The project involves the construction of 6 subsea wells connected to an FLNG plant with a capacity of 3.3 mmtpa of LNG per year. The Coral field, discovered in 2012, contains 450 bcm of gas in place.

Nov 2016: The country will hold its sixth round of oil and gas licensing late in 2017 or in 2018, a government official with Mozambique's National Petroleum Institute reported.

Feb 2016: Eni (operator, 50%) and partner CNPC (20%) announced approval of the Plan of Development for the deep water Coral discovery in Area 4 , Rovuma Basin. It is estimated to contain 450 bcm of gas in place. Six subsea wells and a floating LNG facility are planned with a capacity of 3.4 mm tonnes per year. Other partners are Galp, KOGAS and ENH all with 10%.

Oct 2015: The Institute of National Petroleum of Mozambique (INP) announced results of the fifth bidding round of 15 areas offshore Rovuma, Angoche, Zambezi and onshore Pande-Temane and Palmeira. Bids were received for 8 areas, including groups led by ENI, ExxonMobil, Sasol and Delonex, for 4-year contracts including a total minimum of 10 wells.

Sep 2015: Sasol is planning a facility to process oil from wells drilled near Inhassoro, 750 kms north of Maputo and also plans a 127 km gas pipeline project that will feed into South Africa.

Aug 2015: Oil India is expecting the first LNG delivery from the Anadarko-operated Area 1 LNG project by the first quarter of 2020. The gas in Area 1  will be used to feed an initial 2-train development each with a processing capacity of 6 mm tonnes per year.

Oct 2014: The Institute of National Petroleum (INP) has announced a  5th License Round to explore in the offshore Rovuma, Zambezi and Angoche areas and onshore around the Pande-Temane concession and Palmeira area . A total of 15 blocks will be included comprising 76,800 sq kms. The round will  close on 20th of January 2015.

Aug 2014: Electridade de Mozambique (51%) and Sasol (49%) inaugurated the Central Termica de Ressano Garcia (CTRG) power plant, the country’s first large gas-to-power facility. It will begin operation in October. Gas will be supplied from the Sasol-operated CPF in Temane. The 175MW plant will supply up to 23% of current demand.

April 2014: Eni may develop its Mamba gas field using floating LNG which could be the first of 3 FLNG units. The company earlier said that, in order to develop Mamba  resources in Area 4, an initial onshore LNG train was planned, plus two FLNG units, with total capacity of 10 mm tonnes per year.

Nov 2013: Mozambique's first commercial production of oil is set for 2014 from the Inhassoro field operated by Sasol. Sasol has conducted extended well testing on the Inhassoro oil rim and produced over 236,000 bbls of light oil to the end of March 2013.

Jul 2013: Mozambique hopes to export its first cargo of LNG by 2018, expecting it to cost at least US$40 bn to develop its gas infrastructure, including a plant to export 20 mm tonnes of LNG plus a distribution hub that will service its domestic energy needs as well as those of its neighbours. The right to export LNG currently rests with Eni and Anadarko. Both are reviewing options.

Apr 2013: Eni has updated estimates of the Mamba Complex and Coral discoveries to 2260 bcm of gas in place after completing an appraisal of the discoveries in Area 4 with the 9th well drilled in the permit. Eni is the operator of Area 4 with 70% along with Galp (10%), KOGAS (10%) and ENH (10%, carried).

Feb 2013: Eni confirmed the potential of the Mamba complex the discovery of gas in the Coral 3 delineation well, the eighth well drilled back to back in Area 4. Drilled in 2,035m of water with the Saipem 10000 drillship, Coral 3 encountered 117m of gas pay in a high quality Eocene reservoir in hydraulic communication with Coral 1 and 2. The field lies around 65 kms off the Cabo Delgado coast. ENI, with 70%, plans to drill another delineation well to assess the potential of the Mamba complex and will then resume exploration drilling in the southern part of Area 4. Partners are Galp Energia, KOGAS and ENH all with 10%.

Oct 2012: Mozambique will offer  12 new exploration blocks early in 2013 with at least 3 in the Rovuma basin where Anadarko and Eni have made giant gas discoveries. INP is the regulatory authority, managing all licensing rounds and award of blocks. A number of companies, including Eni, ExxonMobil, BP, Petronas, Shell, Tullow, Vitol and Noble, have expressed an interest in bidding rounds.

Sep 2012: Total has farmed-into Petronas’s interest in the Rovuma Basin. Total will take 40% of the PSC that covers offshore Area s 3 and 6 while Petronas will remain operator. The deal comes after the takeover battle between Shell and PTTEP for ownership of Cove Energy, which held 8.5% in offshore Area 1, operated by Anadarko. Exploration wells are expected to be drilled shortly.

Sep 2012: Anadarko is in talks with ENI to build an LNG plant to jointly exploit gas off the coast. Large discoveries since late 2011 off Mozambique and Tanzania have transformed East Africa into an energy province. Anadarko said the high-end estimate for its gas in the Rovuma basin is approaching 3 tcm whilst the ENI volumes may be 2 tcm most in the same geological structure as Anadarko discoveries. The cost of development and a 2-train LNG terminal is estimated at US$15 bn and first LNG could reach market by 2018. 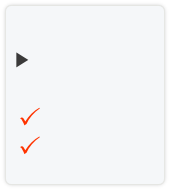