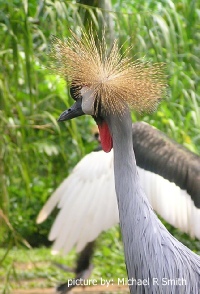 Mozambique (the Republic of Mozambique) is bordered by the Indian Ocean (east), Tanzania (north), Malawi and Zambia (northwest), Zimbabwe (west), and Swaziland and South Africa (southwest).

San hunter-gatherers were replaced by Bantus migrating into the region in the 1st century AD. Settlements on the Swahili coast became centres of Arab trade. In 1498 Vasco da Gama arrived and the area was colonized by the Portuguese from 1505. Settlers were granted autonomy and investment was minimal as Lisbon concentrated on the Far East and Brazil.

By the 19th century Arabs dominated trade once again and the British in South Africa and French in Madagascar became increasingly involved. The Portuguese sub-contracted administration to British private companies which built railroads to nearby colonies.

In 1951 Mozambique became a Portuguese Overseas Province and in 1964 a guerilla war broke out. Portugal was forced to relax its authority and independence was achieved in 1975 after the Carnation Revolution in Lisbon.

The Marxist country soon fell into civil war, lasting until 1992 when democratic reforms by the new government brought peace. However, since 2013 a new insurgency has hit the north. The economy is still based on agriculture, but industry and tourism are growing.

Mozambique is divided into two regions by the Zambezi River. To the north a narrow coastal strip gives way to inland hills and low plateau with rugged highlands further west. Lake Niassa (or Malawi),

To the south the lowlands are broader including the Mashonaland plateau and Lebombo Mountains in the furthest south.

Development of gas from the onshore Pande and Temane fields in 1998 and 2004 respectively within the Zambezi delta has driven an energy revolution. Although local consumption has risen, much of this gas is exported to South Africa.

Exploration moved offshore and, from 2008, a series of large gas fields were discovered in the north of the Rovuma Basin close to the border with Tanzania. The size of these discoveries will eventually justify an LNG plant and it is forecast by Globalshift that gas production from this region will begin in the early 2020s.

The country does not appear to have any oil potential but small volumes of natural gas liquids are produced and these are also set to grow. 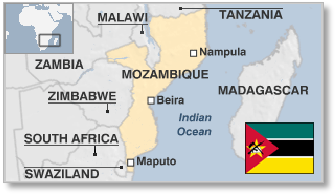 Mozambique is a semi-presidential democratic republic,whereby the President is head of state and head of government with a Prime Minister and Council of Ministers.

Legislative power is vested in both the government and the 250-member Assembly of the Republic elected for a 5-year term. Since its formation in 1994, the Assembly has made progress in becoming increasingly more independent of the executive.

The oil and gas industry is overseen by the Ministry of Mineral Resources and Energy. The Institute of National Petroleum of Mozambique (INP) was established in 2004 as a regulatory body responsible for the administration and promotion of petroleum operations.