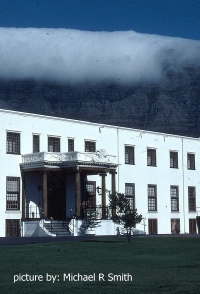 South Africa (the Republic of South Africa) borders the Atlantic and Indian Oceans in the south, and Namibia, Botswana, Zimbabwe, Mozambique and Swaziland in the north. It surrounds Lesotho.

Humans inhabited the region for at least 170,000 years. The Bantus displaced the Khoisan from 500 BC, evolving into tribes, such as Xhosa and Zulu. The Portuguese landed in 1487 but it was not until 1652 that the Dutch settled on the Cape and slowly moved inland.

Britain took over in 1795, annexing Cape Colony in 1806. They competed with the original Dutch settlers (known as Boers) and with the tribes, especially when diamonds and gold were found after 1867. The UK was then victorious in the 1879 Anglo-Zulu War and 2 Boer Wars (1880 and 1899) but suffered heavy losses.

In 1910 the Union of South Africa was granted nominal independence after which ownership of land by blacks was restricted. In 1931 the union became fully sovereign and in 1948 The National Party imposed apartheid, institutionalising racial segregation.

After a violent struggle with the African National Congress and a period of overseas sanctions, discrimination began to be abolished from 1990. The majority of black South Africans had been enfranchised by 1994. Although the country has the strongest economy in Africa poverty and inequality remain widespread with unemployment very high.

South Africa mostly consists of an almost flat plateau, highest in the east and sloping gently downwards towards the west and north, surrounded by the Great Escarpment known as the Drakensberg in the east. Mafadi in the Drakensberg at 3,450 m is the highest peak.

The southern part of the plateau is known as the Great Karoo, a huge basin with flat, erosion resistant, hills formed from dolerite sills. To the north this becomes the more arid Bushmanland and eventually the Kalahari desert in the northwest.

The eastern, highest part of the plateau is known as the Highveld containing rich farmland. To the north the plateau slopes into the Bushveld giving way to the Limpopo lowlands (Lowveld). The coastal belt, below the Great Escarpment, consists of the Limpopo Lowveld in the northeast, the Mpumalanga Lowveld in the east and the Cape Fold Mountains parallel to the coast in the south. In the southwest the Cape Peninsula borders the Atlantic Ocean.

South Africa began producing condensate offshore in 1992 and oil from the Oribi and Oryx fields in 1996. A series of small fields have been developed. Gas production began in 1992, at first used in the Mossgas GTL project. There are many small fields offshore which Globalshift believes should maintain output for some years.

Gas consumption is increasing both for industrial use and for conversion to liquids. The country began importing from Mozambique by pipeline in 2004 and these imports will probably increase.

South Africa has no onshore oil or gas although it does have coal bed methane which is forecast to grow in output. The country pioneered coal- to-liquids (CTL) methods during the apartheid years. 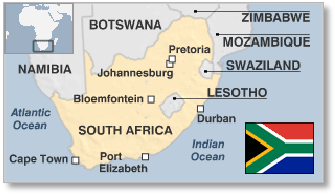 South Africa is a parliamentary republic with a President as head of state and government. Parliament is bicameral. The 400-member National Assembly is the lower house elected every 5 years. The 90-member National Council of Provinces is the upper house.

After each election the National Assembly elects one of its members as President who appoints a Deputy President and Ministers to form the Cabinet.

The Department of Energy is responsible for exploration, development, processing, utilisation and management of South Africa's mineral and energy resources.

The Petroleum Agency SA promotes exploration of onshore and offshore oil and gas and their optimal development on behalf of the government.

PetroSA is the NOC. Its main activities are the extraction of natural gas from offshore fields in Mossel Bay. It was the first company to produce GTLs in 1992 and has the third largest GTL refinery (of 5) in the world.