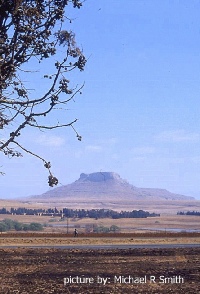 Namibia (the Republic of Namibia), borders the Atlantic Ocean on its west coast, Zambia and Angola in the north, Botswana in the east, and South Africa in the south and east.

The San, Herero and Nama were overrun by Bantus (Ambos) in the 14th century. The Portuguese arrived in 1485 but did not claim the area. In the 1870s Orlam clans moved into the south, clashing with the Herero.

Traders from Germany and Sweden had settled the coast and Germany established a protectorate (German South-West Africa) in 1884, although the British annexed the harbour at Walvis Bay. From 1904 the Germans brutally subjugated local tribes. After German defeat in World War 1 the country was mandated to the UK, through South Africa.

In 1948 South Africa began to apply apartheid, designating areas as homelands and from 1966 The South West Africa People's Organisation (SWAPO) began a guerilla war against them. The UN then assumed responsibility, calling the country Namibia but South Africa maintained its de facto rule.

The UN went on to recognise SWAPO and Namibia finally obtained independence from South Africa in 1990 (Walvis Bay in 1994) and Namibia exchanged white minority rule for a stable democracy.

Agriculture, tourism and mining now form the basis of its economy.

Namibia is situated between the Namib and Kalahari deserts consisting of 5 geographical areas. The Central Plateau, with the highest point at Königstein at 2,606m, runs from north to south bordered by the Skeleton Coast in the northwest.

The Namib Desert and its coastal plain is a broad expanse of gravel plains and sand dunes in the west bordered by the Orange River to the south. The Great Escarpment, rising to the east is a rocky plain adjacent to the Kalahari Desert extending into South Africa and Botswana. The Kalahari, while known as a desert, has a variety of localised environments, including some green areas. Finally the Bushveld in north-eastern Namibia lies along the Angolan border and in the Caprivi Strip.

There is  no oil or gas production in Namibia. The prolific offshore rift basins in Angola are absent south of the volcanic Walvis ridge which roughly separates the countries. However, Namibia’s 3 offshore basins, Walvis, Luderitz and Orange, may contain gas. One  field, Kudu, discovered in 1973, has been drilled in the southern Orange basin but development has been delayed due to lack of a gas outlet. It may eventually be developed for local markets and those in South Africa.

Exploration is proceeding in shallow and deep waters in the hope that additional gas can be developed to tap into a pipeline system developed for Kudu.

Cretaceous fans are the main target for oil with sub-salt reservoirs also having potential. However, apart from natural gas liquids, no oil is forecast by Globalshift.

There may be onshore potential for CBM, shale gas and even oil in the Kavango Basin but none is currently forecast. 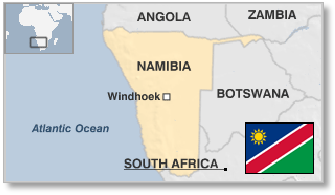 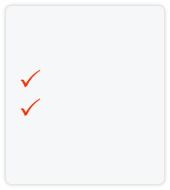 Namibia is a semi-presidential democratic republic, whereby the President elected for a 5-year term limited to 2 terms, is head of state and head of government. Legislative power is vested in the Government and a bicameral Parliament.

The government is headed by the prime minister and a cabinet appointed by the president. The 78-member National Assembly is elected for a 5-year term.

The 26-member National Council, elected for a 6-year term is advisory. Regional Councils in 13 regions elect 2 representatives to serve on this body.

The Ministry of Mines and Energy (MME) oversees the industry with the Directorate of Petroleum Affairs responsible for petroleum resources.

NAMCOR is the NOC with the mandate to explore and produce oil and gas and regulate foreign companies.