Sep 2021: Kistos reports that the Borr Drilling jackup Prospector-1 drilled the Q10-A-04 A appraisal well, encountering the Vlieland sandstone and drilling an 825m horizontal section testing at 3,200 bbls per day of oil with an API of 33°. The Q10-A field is currently shut in while TAQA undertakes maintenance at the P15-D platform which handles Q10A’s gas.

Jan 2021: Wintershall Noordzee (operator, 39.7% and a 50:50 Joint Venture of Wintershall Dea and Gazprom) started production from the D12-B3 well, (Sillimanite South field), converting it from exploration to production. The unitized Sillimanite gas field lies in both UK and Dutch waters.

Oct 2020: Heerema Marine Contractors installed Dana Petroleum’s P11-Unity platform that will support two production wells for development of the Witte de With and Van Ghent East gas fields in P11b. It will be remotely operated from the P11b De Ruyter platform and expects first gas in 3Q 2021.

Jul 2020: Tulip Oil has reduced gas production from the Q10-A field due to low gas prices. The field started producing in February 2019 through a 42km pipeline to the P15d platform for export. Production is being maintained at 1mmcm per day. Preparations continue for 2 additional wells.

Jun 2020: Wintershall Noordzee started production from its 2nd well at the Sillimanite field. Gas from the B2 well is transported through the 12km pipeline connecting the B platform to the Noordgastransport (NGT) gas transportation system. Drilling of the Sillimanite South exploration well is underway.

Feb 2020: Gas production at Groningen can be lowered to 10 bcm in 2020 beating an initial 2020 target to cut output at the field because of earthquake risk.

Feb 2020: Wintershall Noordzee (a joint venture of Wintershall and Gazprom) started gas production from the offshore Sillimanite field. Discovered in 2015, the unitized field is in Dutch and UK waters. The former P14-A and E18-A platform is being used for the 3rd time.

Feb 2019: Tulip Oil  (operator), with partner state-owned Energie Beheer Nederland (EBN), announced startup of the Q10 offshore gas development. It required installation of a 42km pipeline from the Q10A well location to the P15d platform. Up to 4 more wells are being drilled.

Mar 2018: Output from the Groningen field will be cut to 7.5 bcm a year from 2022 and cease by 2030. Tremors have continued to shake the northern Netherlands since 2014 when the government started reducing flows from the field. European LNG imports are anticipated to grow faster than previously expected due to restrictions on production at Groningen.

Jan 2018: Gas production from the Groningen Field needs to be further lowered as much as possible in the next 3 years to limit the risk of earthquakes. The Dutch government wishes to cut annual production to 12 bcm 'as quickly as possible.'

Jan 2018: Tulip Oil (operator, 60%) announced an FID on the Q10 gas field (previously Q-07), discovered in 2015. The development will include an unmanned offshore platform (Q10-A) with a tie back to the TAQA- operated P15d platform to the southeast. First gas is expected in 2019. Energie Beheer Nederland holds the remaining 40%.

Sep 2017: Hansa (operator, 40%) drilled the Ruby well, the first in an area 20 kms off the northern coast since the early 1990s. It produced gas and the licences are estimated to contain 60 bcm of gas in the basal Rotliegend sands overlapping with the Geldsackplate license in Germany. Partners are Oranje-Nassau (40%) and state-owned Energie Beheer Nederland (20%).

Jun 2017: Shell and Exxon Mobil (NAM) will s appeal against lowering the production cap at the Groningen field by a further 10%. The latest cap would allow production of only 21.6 Bcm per year.

Jan 2017: A Dutch court upheld a decision by the government to cap production at the Groningen gas field at 24 bcm until Oct 2021. Production at the field has been cut from 53.9 bcm in 2013 due to the risk from earthquakes caused by production.

Jun 2016: The National Mines Inspectorate advised the government to cut production at the Groningen gas field to 24 bcm a year. Several cuts in the past year have already left it at 27 bcm.

Nov 2015: Parkmead announced first gas production at the Diever West field on the west of the Lower Saxony Basin in the Drenthe IIIb licence. It has been tied into facilities through a new pipeline with gas extraction via the Garijp treatment system. Vermilion Energy is operator.

Nov 2015: A Dutch court ruled that gas production from the Groningen field should be cut by another 18%, limiting it to 27 Bcm for the year, to reduce the risk of seismic tremors.

Jun 2015: A further tightening of production at Groningen is proposed with output capped at 13.5 bcm in the second half of 2015 and at 30 bcm for the whole year.

Jun 2015: Operated by Wintershall, the unmanned mini-platform L6-B has started to produce gas .The facility can accommodate a maximum of 2 producing wells. A pipeline will transport the gas to the neighbouring platform L8-P4.

Apr 2015: Production from the Groningen field will not exceed 36.4 bcm in 2015. Groningen is operated by Gasunie with output jointly exploited by the government and a joint venture between Shell and ExxonMobil called NAM (Nederlandse Aardolie Maatschappij).

Feb 2015: Shell, ExxonMobil and the Dutch government ignored the danger of earthquakes caused by gas extraction at the Groningen field since 1993 said the Dutch Safety Board. Production must be reduced to 16.5 bcm in the first half of 2015 and it is considering permanently cutting output to below a cap of 39.4 bcm.

Sep 2014: A gas field has been discovered in the Drenthe IIIb production licence. The Diever-2 well, targeting the Diever West prospect, was drilled by Vermilion Energy, with partners Parkmead, NAM and EBN, and discovered Rotliegendes-age gas-bearing sandstones. Diever West will be tied into existing production facilities in the area.

Jan 2014: GDF SUEZ has started oil production at the Amstel field from its new Q13a-A production platform. The light oil is transported through a 25 km pipeline to the TAQA-operated P15 platform where it is treated before being piped to a refinery in Rotterdam. The field will produce 15,000 bbls per day. GDF SUEZ is operator with 50% with EBN (40%) and TAQA (10%).

Jan 2014: The Dutch government may cut production at the giant Groningen gas field because of concerns about the risk of earth tremors. The field is operated by a joint venture between Shell and ExxonMobil (NAM).

Dec 2013: RWE Dea has announced production startup from the Orca gas field in the Southern North Sea. The operator is GDF Suez. The field will be developed with 3 wells of which the first 2 were drilled and completed in 2013. Orca straddles the border with the UK where 55% of the gas is located. The platform D18a-A is located in the Netherlands in 40 m of water.

Oct 2013: Dana has brought online 3,500 bbls per day of new production from an infill well A06 on the Hanze field, nearly doubling existing field production. The well is part of a series of five infrastructure-led wells being drilled by Dana.

Jul 2013: GDF SUEZ, operator of the Orca gas field in the Southern Gas Basin completed installation of the unmanned D18a-A platform and spudded the first development well. The field will produce gas from 3 wells with a maximum production capacity of 0.876 bcm per year. First production is expected in early 2014, exported  to Uithuizen and shared with the UK. 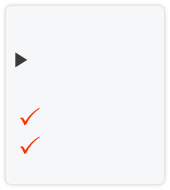