Oct 2021: Beach Energy has switched on a US$72 mm new compressor, increasing gas production at the Kupe Gas Processing Facility. The compressor increases production by reducing back pressure on the wells, extending the production plateau. A new development well is also planned for 2023.

Apr 2020: OMV has discovered oil and gas at the Toutouwai-1 exploration well. 50 kms off the Taranaki coast. OMV recently announced postponement of further drilling due to the low oil price and COVID-19. It is the country’s 1st offshore commercial discovery since 2006.

Apr 2020: Just one petroleum exploration permit has been granted for Block Offer 2018. The successful bid was for PEP 60573, east of Inglewood in onshore Taranaki. A law change in November 2018 ended the granting of offshore permits, and onshore permits outside Taranaki.

Jun 2019: Chevron and Equinor have opted to abandon joint exploration off the east coast of North Island, surrendering 3 permits granted in 2014. The acreage stretches from Turakirae Head on the Wairarapa coast, north towards Hawke's Bay.

Feb 2019: Tamarind Resources will execute the Tui Development Drilling Project to develop up to 8 mm bbls of oil extending the life of the Tui field into the mid 2020s. The drilling project is to commence drilling in June with 3 sidetrack wells.

Dec 2018: Shell completed the sale of its remaining upstream assets in New Zealand to OMV for US$578 mm including the Māui, Pohokura and Tank Farm assets. OMV also acquired Shell’s interest in and operatorship of the Great South Basin venture.

Apr 2018: The government will cease to grant new permits for offshore exploration. The 22 existing permits will not be affected with future discoveries allowed mining permits of up to 40 years. This provides certainty for businesses whilst protecting from climate change. The country usually holds an annual tender process but only one permit was granted in 2017 compared to 10 in 2013.

Mar 2018: TAG Oil (operator, 70%) reports that the onshore Pukatea-1 well encountered oil and gas sands in the Mt. Messenger formation flowing naturally at a stabilized rate of 276 bblsoe per day (74% oil). Pukatea is in PEP 51153 in the Taranaki Basin which contains the shut-in Puka-2 oil well.

Mar 2017: The Block Offer 2017 tender has been opened including 5 offshore areas, 2 onshore areas, and one offshore/onshore area. The Invitation for Bids closes in September 2017 with permits granted in December 2017.

Nov 2016: TAG Oil announced gas flows from the Supplejack-1 well in PEP 57065, onshore Taranaki Basin. The well was originally drilled in 2005 but failed to produce oil commercially and was suspended. It has been re-completed in an upper zone after being interpreted to contain gas pay.

Sep 2016: The Energy and Resources Minister announced the start of the Block Offer 2017 process. A consultation will take place on 4 proposed offshore areas, one offshore/onshore area, and 2 onshore areas. The tender areas will be announced in March 2017.

Mar 2016: The 2016 Block Offer petroleum tender has been launched including 4 offshore areas in the Reinga-Northland Basin, Taranaki Basin, Pegasus and East Coast Basins and Great South-Canterbury Basin. There is one onshore release area in Taranaki. The tender will close in September 2016.

Jul 2015: A multi-well workover campaign on the Maari field will start in Aug 2015. The Maari growth drilling was completed in July with the last of 4 new wells, MR10, put in production.

Apr 2015: AWE completed the subsea tie-back connecting the Pateke-4H well to the Tui area oil fields gathering system in a water depth of 124m. This is the final stage of development for the Tui, Amokura and Pateke  project (Tui) in licence PMP38158 that produce into the Umuroa FPSO.

Mar 2015: Seven areas covering 429,298 sq kms will be available in the Block Offer 2015 Three are 3 onshore (1 in Taranaki and 2 on the West Coast) and 4 offshore (in Northland-Reinga, Taranaki , Pegasus/East Coast and Great-South/Cantebury). The tender closes in September.

Dec 2014: The award of 15 exploration permits has been announced in Block Offer 2014 including 6 onshore permits in the Taranaki, West Coast and East Coast basins and 9 offshore permits in the Reinga-Northland, Taranaki, and Pegasus basins. Companies include 3 new entrants; Chevron (with Statoil), ONGC and local company, New Endeavour Resources.

Feb 2014: Operator, AWE reports that the subsea tree on the Pateke-4H development well has been installed and tested in a water depth of 124m. The well is in PMP 38158  in the Taranaki Basin which contains the Tui, Amokura and Pateke fields, producing since 2007. If successful, the well will be tied-back to the Tui FPSO (Umuroa) for production in 2015.

Dec 2013: Horizon advised that production at the OMV-operated Maari field has restarted. All 6 producer wells were successfully returned to production and are producing at a rate of approximately 11,600 bbls of oil per day.

Dec 2013: Ten new exploration permits have been awarded as part of Block Offer 2013, which covers 5 onshore blocks across Taranaki and the East Coast and 5 offshore permits across the Reinga-Northland, Taranaki, and Great South-Canterbury Basins. The offer attracted 3 new international companies.

Aug 2013: OMV reports that the Maari field will be shut down until December for an upgrade. The Raroa FPSO will be towed to a port for refurbishment and new bearings and mooring lines will be installed at the field. Ensco 107 jackup will drill development wells from early 2014. OMV holds 69% in the permit along with Todd (16%), Horizon Oil (10%) and Cue Taranaki (5%).

Apr 2013: New Zealand has announced a 2nd annual round, offering three offshore blocks, each in the Reinga-Northland, Taranaki and Great South-Canterbury basins, and five onshore blocks, three in Taranaki and two on the east coast of North Island. New Zealand has held 15 block offers since 2002 but the first annual round was awarded in December 2012 when five offshore and five onshore blocks were awarded out of 23 blocks on offer.

Nov 2012: OMV announced that the offshore Maari oil field in the Taranaki Basin has produced 20 mm bbls of oil since production started in 2009. Maari is currently the largest oil producing field in New Zealand. Initially peak rates at the field were 40,000 bbls per day declining to its current rate of 12,000 bbls per day. OMV plans to drill additional wells in the permit to maintain production.

Sep 2012: Kea Petroleum have confirmed Puka 1 is an onshore commercial field in the Taranaki Basin. An oil flow rate of 310 bbls per day was achieved. Drilling of Puka-2 is to commence as soon as possible by a larger capacity rig and a larger diameter production wellbore. The Wingrove production facilities will be moved to the Puka site to allow testing and production to commence soon.

Sep 2012: The first deep-water drilling for oil and gas off New Zealand is set to start by the end of 2013. Anadarko has signed a three-year drilling contract with Noble Corporation for the use of the drillship Noble Bob Douglas. The new ultra deep-water drillship, being built in South Korea, will drill at least three exploration wells off the Taranaki and Canterbury coasts. Anadarko had planned to drill in mid 2012 but the plans were cancelled.

Sep 2012: The government has invited bids for exploration permits for 23 blocks. This will lead to a boost in exploration activity after 2014 including wells in deep waters. The Taranaki basin on the west coast of North Island includes 13 of the blocks up for tender. Its 16 existing fields produced 19.3 mm bbls of oil and 4.4 bcm of gas in 2010. The government is also keen to tap shale oil and gas resources along the east coast of North Island with four wells planned from 2013. 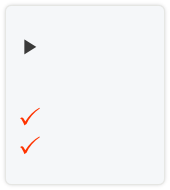