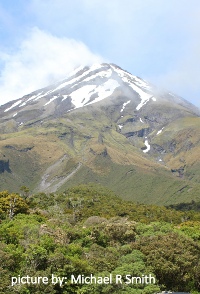 New Zealand was one of the last regions to be settled when Polynesians arrived around 1250 AD developing a Maori culture with tribes fighting for land and resources. Abel Tasman visited in 1642 but Europeans did not return until 1769 when James Cook mapped the coast.

In 1788 the British colony of New South Wales included New Zealand in its remit and Europeans began to trade with the Maoris. The introduction of guns led to tribal wars from 1801, missionaries began to settle, and the Maori population declined by 60%, mostly due to disease.

A British Resident was appointed in 1832 and in 1835 the Maoris asked for protection from France prompting the Treaty of Waitangi in 1840. New Zealand became a separate UK Colony in 1841, self-governing in 1856 and, after an influx of immigrants from the UK, a socially advanced country.

In 1907 it was proclaimed a dominion within the British Empire. New Zealanders fought in both World Wars and in 1947 gained full independence. It is now a stable, developed country with a market economy although Maoris still claim tribal lands.

New Zealand is long and narrow with a maximum width of 400 kms. Its Exclusive Economic Zone is one of the largest in the world, covering more than 15 times its land area. Besides the North and South Islands, the 5 largest are Stewart, Chatham, Great Barrier, D'Urville and Waiheke near Auckland. It also includes the territories of Tokelau, the Cook Islands and Niue, plus the Ross Dependency, the country’s claim in Antarctica.

The islands  are part of a microcontinent that broke from Gondwana. In the late Paleogene, compression led to uplift along the Alpine Fault and volcanism. The Puysegur Trench was created in the south along with , the Hikurangi, Kermadec and Tonga Trenches further north, east of the plate boundary where the the Indo-Australian Plate subducts under the Pacific Plate.

The South Island is divided by the Southern Alps the highest of which is Mount Cook at 3,754m. Steep mountain and fjords in the southwest' are the result of extensive glaciation. The North Island is less mountainous but with volcanic peaks. The active Taupo Volcanic Zone has formed a plateau including Mount Ruapehu at 2,797m and Lake Taupo within the caldera of a supervolcano. Being geographically isolated the country also developed a distinctive biodiversity.

All of New Zealand’s oil and gas comes from the Taranaki Basin on the southwest side of North Island around Mount Taranaki, on and offshore. Onshore production began in 1866 but the offshore Maui field, which came onstream in 1979, has provided the bulk of the hydrocarbons.

Maui is now in decline but new reserves have been developed since 2006 at the offshore and onshore Pohokura gas field and at the offshore Tui, Maari and Kupe oil fields. Along with other small fields, Globalshift expects that output will be maintained for a period but will soon fall sharply unless new plays can be identified in deep waters in the country’s other basins. Globalshift does not forecast output from any new productive areas in the short or medium term. 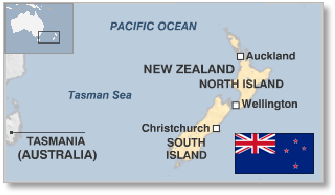 New Zealand is a constitutional monarchy with a parliamentary democracy. The UK monarch is head of state, represented by a governor-general appointed on the advice of the Prime Minister.

Executive power exercised by a Cabinet, led by the Prime Minister. The unicameral Parliament comprises a democratically elected 71-seat House of Representatives with supremacy over the Crown.

The oil and gas industry is overseen by the Minister of Energy and Resources with the Ministry of Business, Innovation and Employment (MBIE) providing administrative support for this post.

New Zealand Petroleum & Minerals is the government agency within the Ministry that leads and actively manages the country’s petroleum and minerals portfolio.

The major industry body is the Petroleum Exploration and Production Association of New Zealand. There are no NOCs.