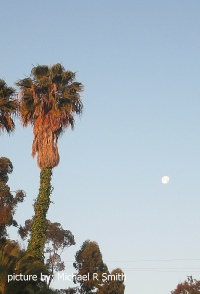 Seychelles (the Republic of Seychelles) is an archipelago of granite and coral islands, most of which are uninhabited. They lie in the Indian Ocean 1,500 kms east of Africa with Madagascar to the southeast.

Austronesian and Arab sailors were probably the first to visit the Seychelles although the earliest recorded sighting was in 1502 by the Portuguese, who named them the Amirantes. The first landing was in 1609 by  the British East India Company but the islands were only used as a transit point for pirates until the French settled in 1756.

They renamed them the Seychelles, establishing plantations of cinnamon, vanilla and copra. The British peacefully took control in 1794 when these early settlers capitulated. However, the UK went on to assume full ownership, (with Mauritius), in 1810, formalised in 1814 in the Treaty of Paris.

The islands became a Crown Colony, separating from Mauritius in 1903. Independence was granted in 1976. At the time the Seychelles had become a playground for the rich but a coup in 1977 installed a socialist one-party state.

A series of further coup attempts lasted until 1993 when a multi-party system was introduced. The economy is now mostly tourist-based. Agriculture, especially sweet potatoes, support the population whilst exports of fish are also a valuable source of revenue.

The Seychelles archipelago consists of around 150 islands and islets. There are 45 granite islands, known as the Granitic Seychelles, the largest of which is Mahé.

The country has no identified indigenous oil or gas resources, either onshore or offshore. The Granitics represents a continental fragment that began to break away from Gondwana in the Triassic and from India in the late Cretaceous. Potential oil bearing offshore basins may be associated with this rifting but the 4 wells drilled to the west of the islands have failed to find commercial hydrocarbons.

Globalshift believes that the Seychelles are thus unlikely to achieve any production in the foreseeable future despite the occasional licensing agreement.

Seychelles imports three times more oil than is needed for local use, re-exporting the surplus as bunker for ships and aircraft calling at Mahé. There is no refining capacity. 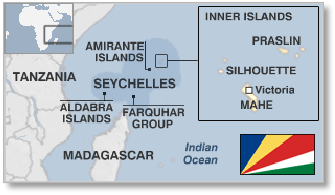 The Seychelles president is head of state and head of government elected for a 5-year term. The cabinet is appointed by the president. It has a unicameral parliament called the National Assembly consisting of 34 members, 25 of whom are elected and 9 appointed. All members serve 5-year terms.

Oil imports, distribution and re-export are the responsibility of Seychelles Petroleum (Sepec).

In 1984 a national oil company, currently PetroSeychelles, was formed to deal with oil and gas exploration activities.