Grenada comprises the island of Grenada and 6 smaller islands at the southern end of the Grenadines in the southeastern Caribbean Sea. Grenada is the largest island in the Grenadines and lies northwest of Trinidad and Tobago and southwest of Saint Vincent and the Grenadines.

The island was originally inhabited by Arawaks who were driven out by the Caribs before Columbus sighted it in 1498. It was not until 1649 that the French founded a permanent settlement and had completely subjugated the indigenous people by 1654.

The British captured Grenada during the Seven Years' War and it was ceded to the UK by the Treaty of Paris in 1763. In 1877 it was made a British Crown colony.

In 1967 the country was granted autonomy over its internal affairs as an Associated State with full independence being achieved in 1974. Subsequently the government became communist, allying itself with Cuba. This led the USA to invade in 1983 followed by the first democratic elections since 1976, held in 1984.

Grenada’s nutmeg industry began in 1843 and the island now supplies nearly 40% of the global annual crop. It is also a leading producer of a range of other spices while tourism and education have become important to the economy.

The island of Grenada was formed as an underwater volcano and is now a mountainous volcanic peak with no sedimentary basins.

As such the country has no identified indigenous oil or gas resources, either onshore or offshore, and Globalshift believes it is unlikely to achieve any production in the future. No exploration wells have ever been drilled. 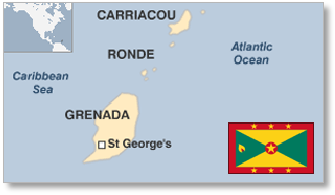 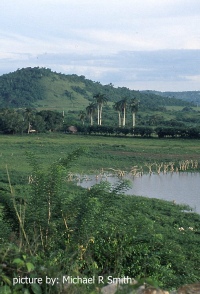 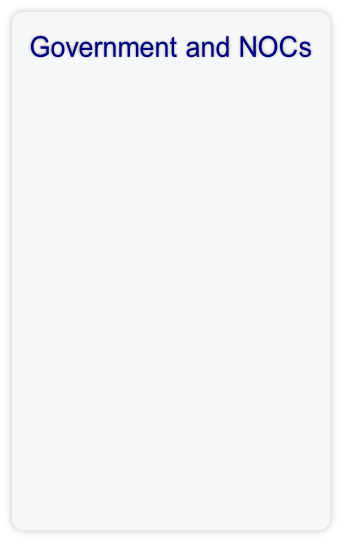 The UK monarch is Head of State represented by a Governor-General. Executive power lies with the Head of Government, the Prime Minister.

Although appointed by the Governor-General, the Prime Minister is usually the leader of the largest party in Parliament, which consists of a 13-member Senate and an elected 15-member House of Representatives.