Kiribati (the Republic of Kiribati) comprises 32 atolls and 1 island over an area of 3.5 mm sq kms. Kiribati means Gilbert, a British explorer who mapped the group in 1788. Half the population live on the biggest island, Tarawa.

The islands were probably settled by Micronesians 5000 years ago with Polynesians arriving later. Europeans began to stop over to trade in the 17th century although they did not settle until after the 1830s.

In 1892 the islands became a UK protectorate (along with the Ellice Islands) run from Fiji. Banaba (Ocean Island), with its phosphate deposits (now exhausted), was added in 1900 and the Gilbert and Ellice Islands became a Crown Colony in 1916. The Line Islands, with Christmas Island (now Kiritimati), were added in 1919 and the Phoenix Islands in 1937.

Tarawa was taken by Japan in 1941 but recovered by the USA in 1943, who added the northern Line Islands and the Phoenix Islands into its own territories. In the late 1950s Christmas Island was used for nuclear weapons testing.

Some self-rule was introduced in 1967 until the colony divided in 1976 following a referendum. The Ellice Islands gained independence from the UK as Tuvalu in 1978. The Gilbert Islands followed, as Kiribati, in 1979. The US relinquished its claims in 1983. The country depends on copra, fishing, development aid, worker remittances and tourism.

Kiribati consists of 32 atolls and 1 raised coral island (Banaba) dispersed over a wide area in all 4 hemispheres of the world.

The islands are thus very low-lying and made up of coral sands and reefs growing on Pacific oceanic crust. This geology is not suitable for the generation and accumulation of commercial volumes of oil and gas and Kiribati has no indigenous oil or gas resources, either onshore or offshore. Globalshift believes it is very unlikely to achieve any production in the future. No exploration wells have ever been drilled in the territory.

Kiribati is expected to be the first country to lose its land territory to global warming since coral growth cannot match the rapid sea level rise. In 2012 the government purchased an estate on Fiji as a potential evacuation site and in 2013 the president began urging citizens to migrate. 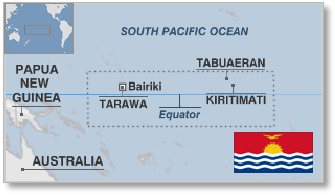 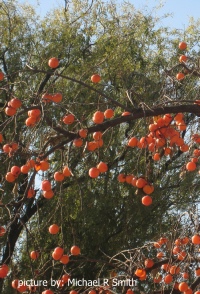 Kiribati has a president who is head of government, a vice-president and a cabinet of 10 appointed ministers who are members of the House of Assembly.

The nominated president is chief of the cabinet and must be an MP. The 46-member unicameral House of Assembly is elected for 4-year terms. The 21 island councils representing the inhabited islands also have elected members.

There is no department of government in Kiribati specifically responsible for oil and gas resources.