Macau (Special Administrative Region of the PRC) is one of 2 such regions of China (the other being Hong Kong). It lies on the south coast of China on the west side of the Pearl River Estuary, bordering the province of Guangdong to the north.

A small population was present during the Qin dynasty (221 BC), however, Macau did not grow significantly until the Portuguese established a permanent settlement in 1557 in return for an annual rent.

Repeated attacks by the Dutch were finally ended in 1622 and 200 years later China allowed self-rule after which Portugal occupied Taipa and Coloane. In 1887 a treaty fully ceded the colony to Portugal.

During World War 2 Japan allowed it to remain neutral although by 1944 it had become a virtual Japanese protectorate. After the war in 1949 the PRC declared old treaties invalid and in 1974 Portugal decided to relinquish all its overseas possessions. It granted autonomy to the colony and in 1979 deemed it a Chinese territory under Portuguese administration.

Sovereignty was then transferred to China in 1999 under the principle of one country, two systems. Macau is now one of the world's richest cities with the economy heavily dependent on gambling as well as manufacturing.

The tiny territory of Macau consists of the Macau Peninsula itself and the islands of Taipa and Coloane, which are now connected by landfill forming Cotai.

The peninsula was formed by the Pearl River estuary on the east and the West River on the west. It was originally an island, but a connecting sandbar and land reclamation gradually turned into an isthmus with flat terrain. Alto de Coloane is the highest point with an altitude of 171m.

Most of Macau is made up of granites of Late Jurassic to Early Cretaceous age which were emplaced during rifting of the South China sea. The country has only limited access to offshore waters where some younger sediments have been deposited after the rifting stage in small fault-controlled basins.

Macau has no identified indigenous oil or gas potential, either onshore or offshore and Globalshift believes it is very unlikely to achieve any production in the future. No oil and gas exploration wells have ever been drilled. 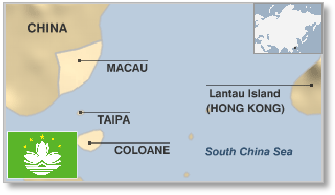 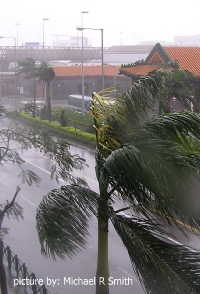 Hit by a typhoon passes 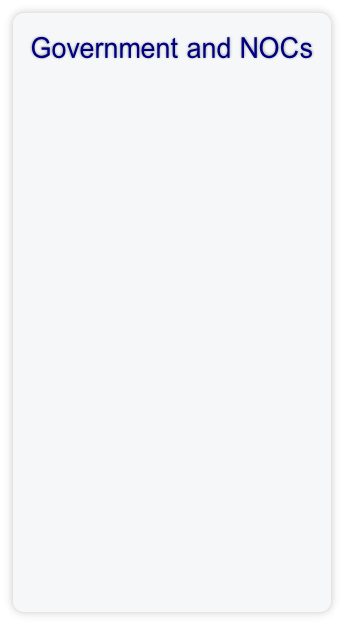 Under the policy of one country, two systems, the State Council of the PRC is responsible for defence and foreign affairs while Macau maintains a legal system, police, monetary system, customs policy, and immigration policy.

The Chief Executive is the head of government selected by the PRC. Macau has 7 deputies in the National People's Congress (NPC) selected by an electoral conference. There is a 29-member legislative assembly.

There is no department of government in Macau responsible for oil and gas resources.