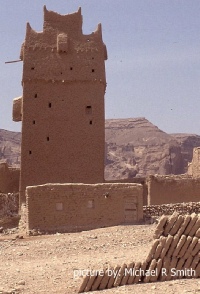 Oman (the Sultanate of Oman) borders the UAE (northwest), Saudi Arabia (west), Yemen (southwest), and the Arabian Sea and Gulf of Oman (east). Two Omani exclaves border the UAE and the Strait of Hormuz.

Humans moved from Africa over 100,000 years ago, settling in Oman since 10,000 BC. From 700 BC to 600 AD it was part of the Persian Achaemenid, Parthian and finally Sassanian empires before Arabs took loose control.

The Portuguese arrived in 1507, occupying Muscat until 1650 when local tribes drove them out. Oman then became a powerful empire with influence in the Persian Gulf, Iran, Pakistan, and all along the Swahili Coast as far as Zanzibar (Tanzania). The Persians invaded in 1737 but were expelled in 1749 when the Al Saids took power who continue to rule to this day.

In 1913 Ibadite imams took control of the interior, gaining recognition from the Sultan in the UK-brokered Treaty of Seeb in 1920. However, in 1954 a dispute over oil concession rights led to civil war. Supported by the British the Sultan prevailed. In 1962 a tribal rebellion in Dhofar began which was eventually put down in 1976 after social reform and modernisation.

Oman has an oil and gas economy but also depends on tourism, fishing and agricultural produce. It was relatively unaffected by demonstrations during the 2011 Arab Spring.

A gravel desert plain covers most of central Oman, with the Al Hajar mountain range along the north and the Qara or Dhofar Mountains along the southeast coast where the main cities are located.

Oman began producing oil from the Fahud field in the north of the country in 1967. Output grew steadily from a large number of fields running parallel to the southern coast, reaching a peak in 2001. Despite intensive exploration and redevelopment programs it is forecast that output will continue to decline, albeit with brief periods of recovery.

The country is concentrating on developing its gas reserves, for local use and for export as LNG from a plant which began operating in 2000. Strong growth in output of associated and free gas in tight reservoirs is forecast by Globalshift especially from the Khazzan project south of Muscat.

Oman has extensive offshore waters in the Gulf of Aden but the few wells drilled here have failed to locate commercial volumes of oil or gas.

The peninsula of Musandam in the north is an exclave strategically located on the Strait of Hormuz and separated from the rest of Oman by the UAE. A few kilometres off the Musandam peninsula near the marine border with Iran the Bukha and West Bukha fields came onstream in 1994 and 2007 respectively and there may be some potential to increase output in this region.

Oman's other exclave, also inside the UAE and known as Madha, is a land-locked part of the Musandam governorate. 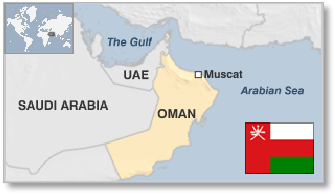 Oman is an absolute monarchy with the Sultan as head of state and commander of the army, the prime minister, and minister of defense, foreign affairs, and finance. The Sultan appoints a cabinet to assist him.

The Ministry of Oil and Gas (MOG) is responsible for developing and implementing policy for exploiting oil and gas. Petroleum Development Oman (PDO), part of Shell, is the major E and P company accounting for about 70% of the oil production and nearly all of its gas supply. It is 60% owned by the government.