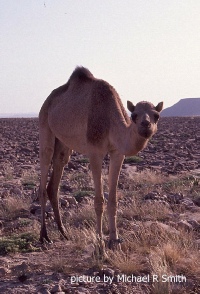 Wild camel in the desert

The Palestinian territory (State of Palestine), separated by the Green Line, includes the West Bank (with East Jerusalem), bordering Jordan, and the Gaza Strip, bordering Egypt. Both are controlled by Israel.

See Israel for the early history of the region. In 1922 after the collapse of the Ottoman Empire, Mandatory Palestine was assigned to the UK. Jews had begun migrating back to Palestine in 1881 and in 1947 the UN created a Partition Plan.

Israel recaptured the territories in the 1967 Six-Day War, occupying them until 2005. In 1988 the Palestine Liberation Organization (PLO) had declared independence but it was not recognized by Israel and many western nations. The Oslo Accords of the early 1990s then led to the creation of the interim Palestinian Authority.

The Gaza Strip, bounded by the Mediterranean Sea is dry flat desert land  with dunes near the coast. The highest point is Abu 'Awdah at 105m.

The West Bank has generally rugged mountainous terrain with .some vegetation in the west. The elevations span between the shoreline of the Dead Sea and the highest point at Mount Nabi Yunis at 1,030m. The natural geographic boundary is the Jordan River.

The Gaza Strip has a number of small gas discoveries offshore within sediments of the southern Pleshet basin of the Levant, straddling the border with Israel.

The uncertain political situation of the Gaza Strip and Palestinian Territory and its relationship with Israel is delaying development of potential gas resources.

It is thus unlikely that any commercial output will be achieved for some time despite the nearby markets although Globalshift forecasts some gas production for the 2020s. 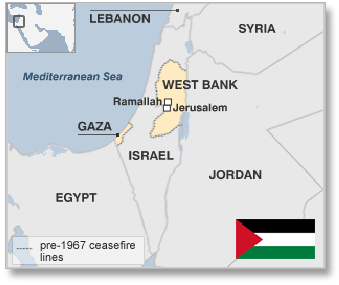 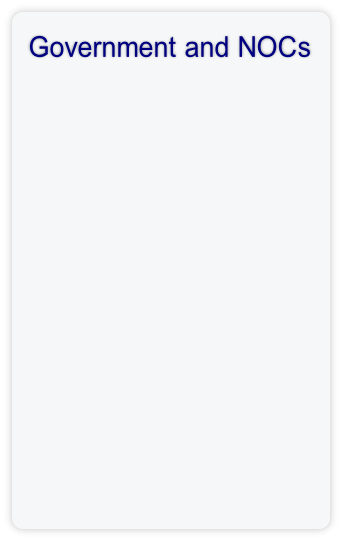 The political status of the territories is the subject of negotiation. Since 1994, the Palestinian National Authority (PA) has exercised various degrees of control.

Hamas formed a government in Ramallah for the entire PA in 2006. Fatah continues to dominate in the West Bank. In 2014 there was agreement between the two groups to hold elections and form a compromise unity government. There is no political body responsible for oil and gas.