Jordan (The Hashemite Kingdom of Jordan) borders Saudi Arabia (east and south), Iraq (northeast), Syria (north), and Israel, Palestine and the Dead Sea (west). It has a 26 km Red Sea coastline in the southwest.

The region has been inhabited for over 200,000 years with kingdoms established after 2000 BC. These were subsequently controlled by the Akkadian, Egyptian, Hittite, Assyrian, Babylonian, Achaemenid, Greek and, from 63 BC, Roman, Empires. In Petra from 400 BC, the Arab Nabataeans stayed independent until annexed by Rome in 106 AD.

The subsequent Byzantine Empire then lasted to 636 when a series of Arab caliphates took power. The Mamluk Sultanate of Egypt ruled from 1260 until conquered by the Ottomans in 1516 who loosely ruled until 1916 when the Hashemite Great Arab Revolt, along with defeat of the Ottomans in World War 1, led to partition.

The Emirate of Transjordan was created in 1921, becoming a UK protectorate in 1922 before being given independence in 1946. In the 1948 Arab-Israel War Jordan occupied the West Bank until driven out in 1967.

Jordan signed a peace treaty with Israel in 1994 and has been relatively stable ever since. After domestic unrest during the Arab Spring in 2011 significant reforms were made. The country has a successful service economy but still relies on foreign aid.

Apart from its 26 km coastline on the Red Sea Jordan is a land-locked country at the meeting point of the Asian, African and European continents in the Levant.

The eastern part of the country is an arid plateau with oases. Most of the population live in the west where a north-south trending highland area of arable land and forest flanks the Jordan Rift Valley. The highest point in the highlands is Jabal Umm al Dami at 1,854m. The Jordan River and Dead Sea, which is the lowest land point on earth, separate Jordan from Israel and the Palestinian Territory.

The country began producing small amounts of oil in 1983 from the Hamza field in central Jordan in Wadi Sirhan (Azraq Graben) but has few remaining oil prospects. However, a shale oil industry is being created which may come onstream within a decade to provide modest amounts of indigenous oil production.

Only around 120 wells have been drilled in the country with over 40 of these on the Risha gas field in the northeast where some gas has been produced since 1989. Output from this field may increase briefly with more investment.

A gas field was also discovered close to the Iraqi border in 1999. Small increases in gas production are currently forecast by Globalshift with shale gas also being produced. As well as importing LNG, Jordan takes gas by pipeline from Egypt when it is available and is starting to buy gas from Israel. 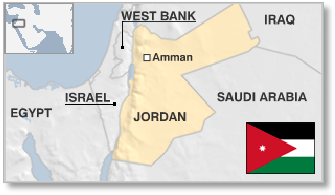 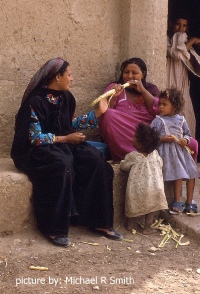 Jordan is a constitutional monarchy, but the King holds wide executive and legislative powers serving as head of state and of the army. He appoints the prime minister who chooses a cabinet and regional governors.

Parliament is bicameral. The 65-member upper Senate is appointed by the king. The 130-members of the lower House of Representatives are elected to 4-year terms.

The oil and gas industry is overseen by the Ministry of Energy and Mineral Resources established in 1984.

The NOC is the National Petroleum Company (NPC), established in 1995 and responsible for exploration and production on behalf of the government.