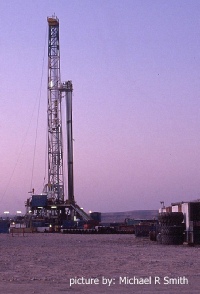 Iraq (the Republic of Iraq) borders Turkey (north), Iran (east), Kuwait and Saudi Arabia (south), Jordan (west), and Syria (northwest). It has a 58 km coastline along the Persian Gulf in the southeast.

Iraq has been called the cradle of civilisation. The Sumerians created cities such as Uruk from 4000 BC and the empires of Akkadia, Assyria, and Babylon ruled until 728 BC when the Median, Achaemenid, Hellenistic, Parthian, Sassanid and then Roman empires took over.

In 750 AD the Rashidun Arabs overran the region, and were succeeded by other caliphates before falling to Mongol invasions. In 1508 Iraq was conquered by Persian Safavids who were expelled by the Ottomans in 1639.

The UK defeated the Ottomans in 1918 and Iraq became the mandate of Mesopotamia. A monarchy, established in 1921 before independence in 1932, was overthrown in a coup in 1958.

Financed by oil, the Ba'ath party took power in 1968, led by  Saddam Hussein from 1979 who waged war with Iran until 1988 and tried to annex Kuwait in 1990. An invasion by the USA and its allies in 2003 created the conditions for an insurgency which divided the country.

Shias, Sunnis and Kurds all claim territories.This worsened in 2011 when the so-called Islamic State (IS) arrived from Syria although this had largely been destroyed by 2017. However, oil-rich Iraq continues to be riven by internal strife.

Iraq is a desert country but lies within the alluvial plains of the Tigris and Euphrates rivers which run south into the Shatt al-Arab, emptying into the northern end of the Persian Gulf. It has a small coastline of 58 kms along the Gulf.

It includes the fertile Mesopotamian alluvial plain adjacent to the rivers as well as the northwestern end of the Zagros mountain range and the eastern part of the Syrian Desert. The highest point is an unamed mountain at 3,611 m in the Zagros. Close to the coast there used to be marshlands, but most were drained in the 1990s.

Iraq’s oil production began in 1927 but has been erratic since the 1970s due to sanctions, wars and lack of investment. Output has risen since the 2nd Gulf War in 2003. Oil comes from the Zagros mountain belt and the Arabian foredeep, an extension of the Persian Gulf. It has limited offshore waters.

There are very large fields and major field redevelopments are planned, especially of Kirkuk, Iraq’s largest field, in the north and Zubair, Rumaila and West Qurna in the south, and new projects in Kurdistan in the north. Considerabel growth is forecast by Globalshift.

Iraq has substantial gas resources, which are barely developed. Ambitious plans to tap associated gas are being considered. Large investments are required on pipeline infrastructure to meet growth targets.

The country restricted output in the 1980s and was subject to global export sanctions from 1990 to 2003. The autonomous Kurdistan Regional Government, established in 1992, controls significant volumes. 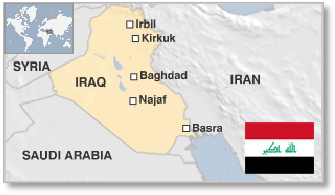 The government of Iraq is a democratic, federal parliamentary Islamic republic. Executive power is exercised by the Prime Minister of the Council of Ministers as the head of government, as well as the President. Legislative power is vested in the unicameral 328-member Council of Representatives.

Since the establishment the autonomous Kurdistan Regional Government (KRG) in 1992, the Kurds have their own elected President, Prime minister, Cabinet and 111-member unicameral parliament.The President is commander of the Peshmerga Armed Forces.