Kuwait (the State of Kuwait) lies at the north end of the Persian Gulf bordering Iraq (west and north), and Saudi Arabia (south).

Kuwait has been inhabited since 8000 BC with settlements recorded from 2000 BC, expanded by the Greeks who colonized after 300 BC. In 224 AD it became part of the Iranian Sassanid Empire until 651 when it was annexed by a series of Arab caliphates.

In 1521 the Portuguese visited, founding Kuwait City in 1613. Little more than a fishing village, Arab traders began to arrive, developing a trading post and centre for boat building and pearls. The Sheikhdom prospered as a haven from the Ottomans in Iraq and in 1899 it became a UK protectorate.

Saudi Arabia tried to annex the country from 1919 after the fall of the Ottomans. It took half of its territory. The economy declined but this was reversed after oil was discovered in 1938. It modernised, becoming an independent Emirate in 1961 whilst embracing western style freedoms and supporting Iraq in the Iran-Iraq War.

Economic crisis hit the country in the 1980s as the oil price declined. Iraq invaded in 1990, occupying the country until 1991 when the west expelled the Iraqi army with military intervention in the First Gulf War.

Since then the economy has revived. Kuwait is now a rich country backed by its oil reserves and a sovereign wealth fund.

Low lying, flat Arabian Desert covers most of Kuwait with sparse vegetation along its coastline. The highest point in the country is just 306m. There are 9 islands in the Gulf with only Failaka Island inhabited.

Oil, the bulk of which comes from the giant Burgan field, came onstream in 1953 and peaked in 1973. Despite new investment in other fields, especially in the north near the Iraqi border, the country has, for years, struggled to regain former levels.

As a member of OPEC, Kuwait restricted oil output and also saw production declines during and after the 1st Gulf War.

Output is now growing as oil from northern fields see increased investment and Globalshift expects this to continue. In addition production from the onshore and offshore Neutral Zone fields, shared with Saudi Arabia, is expected to grow.

Kuwait’s associated gas production is also due to expand as new infrastructure is built and local markets grow for electricity generation, desalination plants and domestic use. There is also some potential for shale gas.

The Iraqi invasion in 1990 was claimed by Iraq to have stemmed from their complaint to OPEC that Kuwait was stealing oil from a field near the border by slant drilling into the Iraqi Rumaila field.

When the Iraqi army was expelled by advancing US and other forces they set oil wells on fire and more than 500 oil lakes were created contaminating large areas of land. 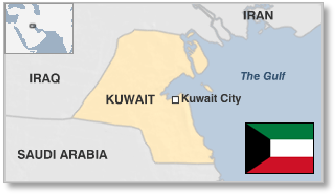 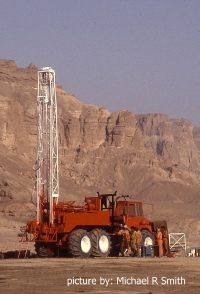 Kuwait is an emirate with a semi-democratic system including an elected parliament and appointed government. The Emir is head of state who appoints the Prime Minister who, inturn chooses the ministers comprising the government. A 50-member National Assembly is the legislature and has oversight authority. Elections are held every 4 years.

The Ministry of Oil is tasked with overseeing the industry, protecting resources in a way that secures economic growth. Kuwait Petroleum Corporation (KPC), founded in 1980, is an umbrella NOC focused on exploration, production, petrochemicals, refining, marketing and transportation.

Kuwait was a founder member of OPEC in 1960.