Taiwan (the Republic of China), formerly Formosa, is an island lying in seas of the Pacific Ocean. Mainland China lies to the west, Japan to the northeast, and the Philippines to the south.

Austronesians (aborigines) arrived in Formosa before 10,000 BC with Han Chinese only gaining a foothold in the 16th century. In the 1620s the Dutch and Spanish established outposts ion the island but were expelled in 1662.

After brief rule by the Ming Kingdom of Tungning, the island was annexed by the Qing dynasty in 1682. Upgraded to a Province in 1887, Taiwan was ceded to Japan in 1895. Japan modernised the territory, increasing rice and sugar production, but also began to wipe out the aborigines and all Chinese culture. It used Taiwan as a main base in World War 2. After Japan’s defeat the Kuomintang (KMT) party of the Republic of China (ROC) took control.

In 1949 Communists gained full control of mainland China and supporters of the KMT fled to Taiwan. Protected by the USA, a long period of martial law began in which communist sympathisers were targeted. The ROC continued to claim all of China (while the communists claimed Taiwan) until 1971 after which the country reformed politically and socially.

Taiwan is still claimed by the PRC and remains only informally recognised as a separate country. Rapid economic growth was achieved through industrialisation and Taiwan now has a stable developed economy.

Taiwan lies just 180 kms off the southeast coast of mainland China across the Taiwan Strait. The East China Sea is to the north, the Philippine Sea to the east, the Bashi Channel of the Luzon Strait to the south, and the South China Sea to the southwest.

The Penghu Islands are 50 kms west of the main island with more distant islands being Kinmen, Wuchiu and Matsu, off the coast of Fujian, and the Pratas and Taiping in the South China Sea.

The eastern two-thirds of the main island consists of rugged mountains in 5 ranges running from the north to south. Flat, gently rolling plains (the Chianan Plains) lie in the west. The highest point is Yu Shan (Jade Mountain) at 3,952m.

Geologically Taiwan lies between the Eurasian Plate (made up of the Yangtze to the northwest and Okinawa to the northeast) and Philippine Plate. It consists of several island arcs formed  by collision, uplifted as a result of subduction beneath the Philippine Plate. Major faults, prone to earthquakes, run through the country corresponding to the suture zones.

Taiwan began producing small amounts of oil in 1904 from the Chuahuangkeng field in the northwest. Although additional oil and gas-condensate fields have been developed over the years in this area, output has never been substantial. Associated gas was marketed back in 1934. Two areas of gas production have since been developed, in the north and the south. However, Globalshift believes that future prospects are limited. Taiwan is a major importer of LNG.

An offshore field came onstream in 1986 in the Taiwan Strait which produced small volumes of oil and gas, but was abandoned  in 1994. Modest amounts of additional oil and gas are forecast from this region over the longer term. 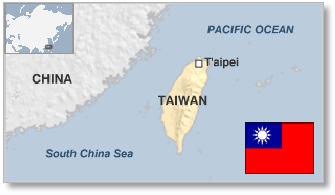 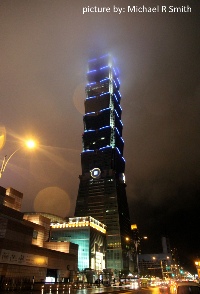 Taiwan’s status is contentious. The PRC regards the government to be illegitimate and the ROC views itself as a sovereign state. To maintain relations with China most countries do not officially recognise Taiwan.

The government is founded on 3 principles;  a democratic republic of the people, governed by the people, for the people. The head of state is the president, elected by popular vote for two 4-year terms. Parliament is divided into branches called Yuan.The president appoints the Executive Yuan (cabinet) including a premier.

The Legislative Yuan is unicameral with 113 elected members who serve 4-year terms. The Control Yuan is a watchdog agency that monitors the actions of the executive.

The oil and gas industry is overseen by the Bureau of Energy within the Ministry of Economic Affairs. CPC (Chinese Petroleum Corp) is the NOC founded in 1946 by merging Japanese companies. It is engaged in E and P and refining and selling oil and gas.