Timor Leste (Democratic Republic of Timor-Leste); a tautology (east east), includes the east of Timor, the islands of Atauro and Jaco, and Oecusse, an exclave within Indonesian West Timor.

Humans settled on Timor around 40,000 years ago. In 3000 BC Melanesians arrived and the aborigines moved to the mountains. Ruled by chiefdoms, Timor was a stop-off for Asian traders until Europeans arrived in the 16th century. In 1769, the colony of Portuguese Timor was founded although the legal status of the colony was only established in 1914 by a Court of Arbitration.

It remained a neglected outpost exporting sandalwood and later, coffee until World War 2 when Japan occupied the coast and fought a guerrilla war with the indigenous people in the mountains. Portugal returned in 1945 but abandoned the colony after its own revolution in 1974.

Civil war broke out, a faction declared independence in 1975, and Indonesia invaded fearing a communist state. As a result violent conflict continued until 1999 when Indonesia relinquished control to the UN. A peacekeeping force was deployed until order was restored and Timor Leste became a sovereign state in 2002.

It remains politically unstable although now has a fast growing economy dependent on exports such as coffee, marble and sandalwood.

The island of Timor is the largest and easternmost of the Lesser Sunda Islands. To the north is the Ombai Strait, the Wetar Strait, and the greater Banda Sea whilst to the south is the Australian continent across the Timor Sea.

Most of the country is mountainous with a highest point at Tatamailau (also known as Mount Ramelau) at 2,963m. The easternmost area consists of the Paitchau Range and the Lake Ira Lalaro area. The northern coast has coral reef systems.

The country has no onshore production and is unlikely to achieve any in the future. However, it shares, under various agreements, offshore output with Australia along its formerly disputed border in the Timor Sea.

First production from the joint area was achieved in 1998, from the Elang and Kakatua fields in the Bonaparte Basin. In 2004 the Bayu-Indan gas/condensate field came onstream. Gas was at first recycled but later piped to Darwin in 2006.

Growth in production was expected to be rapid as nearby fields came onstream but disagreements over the border with Australia delayed development.

A resolution was finally achieved in March 2018 when all existing fields were deemed to fall under Timor Leste’s jurisdiction apart from the Greater Sunrise gas field. This was split 70:30 in favour of Timor Leste provided the onshore facilities were based in the country. 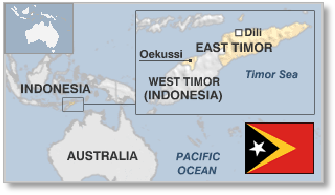 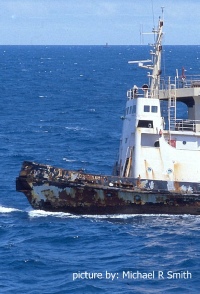 The head of state is the President elected by popular vote for a 5-year term. The president appoints the leader of the main party as Prime Minister who recommends a cabinet.

The unicameral parliament (Parlamento Nacional) has a minimum of 52, to a maximum of 65, seats elected by popular vote to a 5-year term.

The country is still in the process of building its administration and governmental institutions. The oil and gas industry is overseen by the Ministry of Petroleum and Mineral Resources (Autoridade Nacional Do Petroleo e Minerais Timor Leste or ANPM).

The NOC is called TIMOR GAP with a mandate to conduct oil and gas business on behalf of the government. TIMOR GAP’s upstream activities will cover onshore and offshore operations including the Exclusive Area (TLEA) and the Joint Petroleum Development Area (JPDA).

Timor Leste was given Observer status in the Association of Southeast Asian Nations (ASEAN) in 2011.