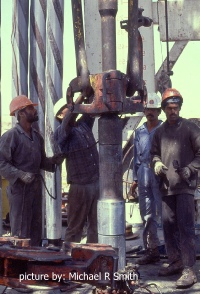 Nomadic tribes lived in the region from 2000 BC. It fell under ancient, mostly Persian, empires until 800 AD when Turkic Oghuz tribes migrated from Mongolia, adopted Islam, and established the extensive Seljuk Empire in 1037.

By 1194 the empire had fallen, replaced by nomadic tribal groups which began to form confederations, albeit under the loose control of the Uzbek Khiva and Bukhara Khanates.

Russia began annexing Turkmen territory (Transcaspia) in the 1870s and eventually overcame the Uzbeks in 1881. World War 1 conscription and the 1917 Russian Revolution triggered the Basmachi Rebellion across Central Asia. However, by 1924 this had been suppressed and the Turkmen SSR created. Nomadic culture was slowly destroyed.

Turkmenistan became independent in 1991 when the Soviet Union collapsed. It was ruled by an authoritarian President until his death in 2006, replaced by the vice-president who still has unlimited power.

Over 80% of Turkmenistan is covered by the Karakum (Black Sand) Desert including the southern part of the extensive Turan Depression.

The Kopet Dag mountain range lies along the southwestern border with Iran, and the Köýtendag Range lies in the southeast where the highest point is Ayrybaba at 3,137m. Tectonically active, over two-thirds of the population of the capital city was killed by an earthquake in 1948. The smaller Great Balkhan Range is in the west of the country. The only Turkmen coastline lies adjacent to the land-locked Caspian Sea.

Turkmenistan began producing oil from Cheleken Island in the South Caspian Sea in 1925. Since then nearly all the country’s oil has come from this area, offshore or on the mainland adjacent to the coast.

Offshore production began in 1971 with most oil now coming from two fields , Dzheitun and Dzhygaly, on a ridge that extends across the sea to Azerbaijan. Other developments south of this ridge are likely and output is expected by Globalshift to continue to rise as new export routes are established.

The rest of Turkmenistan is gas-prone, overlying a large part of the Amu Darya Basin along the border with Uzbekistan and Afghanistan. Production began in 1940, grew rapidly in Soviet times, and is now set to grow again as giant fields, notably Galkynysh (formerly Iolotan) discovered in 2004, are identified. Export pipelines will be added to those already existing through Russia, to take gas west, east and south. 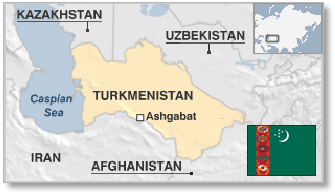 Turkmenistan is an authoritarian presidential republic. President for Life Saparmurat Niyazov was absolute head of state until his death in 2006.

There are 2 parliamentary bodies; a unicameral 50-seat elected Assembly (Mejlis) which only includes candidates picked by the President and a unicameral, partly elected, People's Council (Halk Maslahaty) of up to 2,500 delegates.

The new President remains authoritarian but has enacted some reforms as well as increasing contact with the West to enable gas investments.