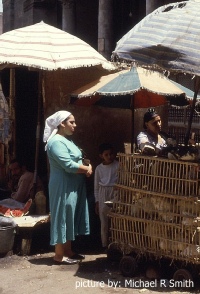 Western Sahara is bordered by Morocco (north), Algeria (northeast) and Mauritania (east and south). The Atlantic Ocean is on the west.

Early inhabitants were Berbers who, with later tribes, merged with Maqil Arabs, trading across the region from the 11th century. The Beni Hassan became the dominant group in Western Sahara, forerunners of the Sahrawis.

Spain was involved in slave trading and fishing in the region and took control of Spanish Sahara in 1884, then running it as part of Spanish Morocco from 1939. Morocco and Mauritania claimed the area and in 1974 Spain, under UN pressure, offered a referendum. Algeria backed the Sahrawis (SADR or Polisario Front) who demanded independence.

Spain ultimately ceded control to Morocco and Mauritania jointly and a guerilla war began between them and the SADR. Mauritania withdrew in 1979 and Morocco secured de facto control. A ceasefire was agreed in 1991 since when there has been stalemate.

Both sides have sought international recognition but a referendum has not been possible as they cannot agree on who is entitled to vote. In 2006 Morocco offered devolved autonomy but refused an independence referendum. Demonstrations and protests still occur.

Western Sahara’s economy is based on fishing and phosphate mining allied to Moroccan aid.

Western Sahara lies in the western Maghreb region of North Africa, formerly called the Barbary coast. The land is arid comprising a low-lying, flat desert along the coast, rising in the north to small mountains of up to 600 m. There are no permanent streams but flash flooding can occur.

Western Sahara has no identified indigenous oil or gas resources, either onshore or offshore. Because of the territorial dispute only around 60 wells have been drilled onshore and just 5 offshore. All but 1 of these wells were drilled prior to 1975.

The country overlies the Aaiun passive margin basin, one of a series basins along the North Atlantic margin of Northwest Africa and the northeast margin of North America. It contains Mesozoic and Cenozoic continental and shallow marine sediments overlying basement of Precambrian or Paleozoic age. It contains a number of potential oil and gas plays, particularly offshore in deep waters.

After discoveries were made in Mauritania in 2001 both Morocco and the SADR signed deals with exploration companies. Although several pulled out, concerned at the legality of drilling in the disputed territory, in 2015 a deep water well was drilled and reported to have had gas and condensate shows.

The Aaiun basin thus remains barely explored. Although the onshore part of the basin has limited prospectivity, there exists potential for oil and gas fields offshore, especially within deep water Cretaceous fan sediments analogous to those found elsewhere along the Atlantic passive margin.

However, the continued argument between Morocco and the SADR over ownership makes Globalshift believe that it is unlikely that the country will achieve any oil or gas production in the future without resolution of this dispute and commencement of considerably more exploration activity 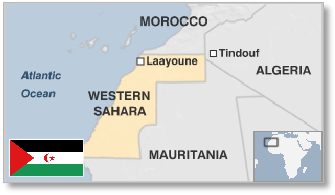 Sovereignty over Western Sahara is contested between Morocco and the SADR (Polisario Front). Morocco is administered by a bicameral parliament under a monarchy. It subsidises Western Saharan to appease nationalist dissent.

The exiled government of the Sahrawi Arab Democratic Republic (SADR) is a single-party parliamentary and presidential system, which would be changed into a multi-party system at independence. It is based at the Tindouf refugee camps in Algeria and controls a part of eastern Western Sahara populated by nomads.

For SADR the organisation responsible is SADR Oil and Gas which represents the SADR Petroleum Authority.