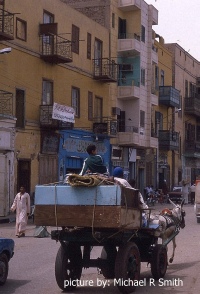 Morocco (the Kingdom of Morocco) has an Atlantic (west) and Mediterranean (north) coastline. It also borders Algeria (east) and Western Sahara (south) and has internal borders with two Spanish enclaves (Ceuta and Melilla).

Phoenicians and Carthaginians settled in Morocco after 600 BC before the Berber kingdom of Mauretania was created in the north. Rome took control in 33 BC although inland Berbers remained independent. When Rome fell the region was invaded by Vandals until Arabs arrived in 670 AD, establishing a series of Muslim states.

From 1062 the Berber Almoravids dominated both Morocco and Iberia until 1492 when the Reconquista ended Muslim rule in Spain. Reunited by the Alaouite Dynasty in 1666, the country survived Spanish and Ottoman invasions.

After 1830 France and Spain vied for control. In 1884 Spain created a coastal protectorate and in 1912 other areas became protectorates of France. Berbers tried to establish an inland republic (Rif) in 1921 with independence movements beginning again in 1943.

Independence was achieved in 1956 although Spain retained two enclaves. Morocco annexed Western Sahara in 1975 leading to a guerrilla war until a cease-fire in 1991. Peace processes have failed to break the deadlock. Morocco is stable but suffers occasional terrorist attacks.

Spanish territory comprises 5 enclaves on the Mediterranean coast: Ceuta, Melilla, Peñón de Vélez de la Gomera, Peñón de Alhucemas, the Chafarinas islands, and the disputed islet of Perejil. Off the Atlantic coast the Canary Islands belong to Spain, whereas Madeira to the north is Portuguese. Morocco claims that Western Sahara is part of its territory and refers to it as its Southern Provinces.

Small amounts of oil have been produced onshore from the Essaouira and Rharb basins since 1932, however, significant discoveries have never been made in Morocco despite a series of exploration campaigns, both onshore and offshore. Exploration continues, including in deep waters, but only limited additional potential is forecast.

Some gas production has been achieved onshore, especially in the Rharb Basin. Although growth is forecast by Globalshift, total output is unlikely to reach substantial levels from here. Gas shales are also present in the country and could add to gas production. Morocco consumes some gas, mostly imported from Algeria, and has a market able to absorb any growth in indigenous production. 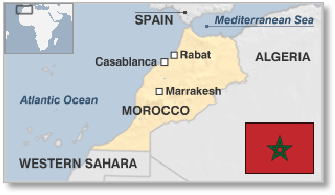 Morocco is an authoritarian regime with a constitutional monarchy and an elected parliament. The King holds executive and legislative powers over the military, foreign policy and religious affairs. Parliament, whose power is limited, is bicameral.

The oil and gas industry is overseen by the Ministry of Energy, Mining, Water and the  Environment. The Office National des Hydrocarbures et des Mines (ONHYM) is the NOC representing the interests of the kingdom and partnering foreign companies in exploration and production programs.