Azerbaijan (the Republic of Azerbaijan) in the Transcaucasus borders the Caspian Sea (east), Russia and Georgia (north), Armenia (west) and Iran (south). The exclave of Nakhichevan also borders Turkey.

Populated for thousands of years the area was ruled by Iranian and Armenian Empires from 1000 BC with Albanians establishing a kingdom in the north. Arabs took over in 640 AD but Albania retained its monarchy until 1067 when the territory was taken by Seljuq Turks.

The Timurid Empire then ruled from 1370 to 1507 while self-ruling Khanates also emerged. Ottomans and Russians occupied for periods but the region generally remained Iranian until falling to the Russian Empire from 1813.

After the Russian Revolution the short-lived Transcaucasus Republic was replaced by the Azerbaijan Democratic Republic in 1918 until the Soviets invaded in 1920 to establish the Azerbaijan Soviet Socialist Republic. The Nakhichevan SSR was included after an agreement with Turkey. Baku provided most Soviet oil during World War 2.

Azerbaijan gained independence in 1991 prior to the collapse of the USSR. Armenians living in Nagorno-Karabakh seceded this now disputed region in 1994. Despite several failed coups the country has remained stable since then with an economy supported by its offshore oil and gas resources.

Azerbaijan, in the South Caucasus region, straddles Asia and Europe. Its geography is dominated by the Caspian Sea on the east, the Greater and Lesser Caucasus mountain ranges on the north and south and flat terrain between the two.

The highest peak is Mount Bazardüzü  in the Greater Caucasus at 4,466m. Another mountain range, the Talysh, lies in the southeast and around half of all the mud volcanoes in the world are also located in Azerbaijan.

Azerbaijan is an old producing country with oil output beginning in 1871 from the onshore area adjacent to the South Caspian Sea. Activity extended into the sea in 1925 with the use of artificial islands and an extensive infrastructure of piers and pipes. Onshore oil now forms a small and dwindling part of Azerbaijani production.

However, offshore oil output has been rising and is forecast to rise further as a number of fields in the Caspian Sea come onstream, developed by foreign companies. The most significant are the Azeri-Chirag-Gunashli (ACG) oil project and the Shah Deniz gas/condensate field.

Gas production began to increase in 2007 and Globalshift expects it will continue to rise rapidly as offshore fields are developed. The bulk of the oil is produced for export through the 1,768 km Baku–Tbilisi–Ceyhan (BTC) oil pipeline through Georgia and Turkey. The country also became a net gas exporter in 2007 through a parallel pipeline. 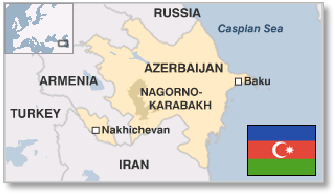 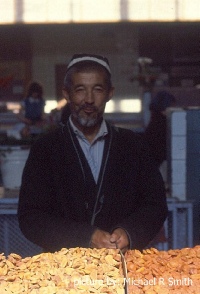 Azerbaijan is a semi-presidential republic with the President, elected for a 5-year term, as head of state and the Prime Minister as head of government.

The president is authorized to form the Cabinet, headed by the Prime Minister which is accountable to the President and the National Assembly.

The Ministry of Energy, established in 2001, is in charge of regulating activities in the oil and gas industry.

The State Oil Company of Azerbaijan Republic (SOCAR), established in 1992, is the NOC. It produces oil and gas and operates the country's refineries, a gas processing plant and export pipelines.