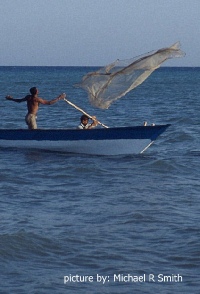 Bahrain (the Kingdom of Bahrain) is an archipelago in the Persian Gulf between the Qatar peninsula (50 kms) and Saudi Arabia (23 kms, connected by a causeway). Bahrain itself is by far the biggest island in the archipelago.

Bahrain was the site of the Dilmun trading civilisation from 3000 BC, later called Tylos by Greeks and famed for its pearl fishing. From 600 BC it was part of the Persian Empire and known as Mishmahig and then Awal. A centre of Nestorian Christianity by 500 AD it was converted to Islam in 628, falling under a series of Arab and Persian dynasties until occupation by Portugal in 1521. The Persian Empire expelled Portugal in 1602 who were usurped by the Bani Utbah clan from Qatar in 1783. The Al Khalifa royal family arrived in 1799 and have ruled ever since.

Subject to periodic invasions by neighbours, Bahrain became a UK protectorate in 1868, which had established complete dominance by 1892. Rich from pearls the island was also strategically important especially after the discovery of oil in 1931 led to rapid modernisation. However, after World War 2, anti-British sentiment eventually led to termination of the treaty in 1971. It became a Kingdom in 2002, creating a post-oil economy based on banking and tourism. In 2011 the country saw failed protests inspired by the Arab Spring.

Bahrain is a flat group of 33 islands in the Persian Gulf consisting of a desert plain rising to a low central escarpment with the highest point being the 134m Mountain of Smoke.

The country’s size has been increased by land reclamation and it now includes 84 islands the largest being Bahrain Island, the Hawar Islands, Muharraq Island, Umm an Nasan, and Sitra.

It has only one formerly large oil field onshore, Awali, which came onstream in 1932. Declining output from this field since 1970 has been occasionally reversed during periods of infill drilling. An extensive redevelopment program is underway.

A sharing arrangement with Saudi Arabia provides offshore oil to the country from the Abu Safah field, which is delivered in cash so is included in Saudi volumes. New output may also eventually arise from prospects located in a formerly disputed area with Qatar.

Gas is produced from the Khuff reservoir beneath the Awali field. Some considerable expansion is possible and Globalshift expects gas consumption in Bahrain to increase as the country implements infrastructure projects. 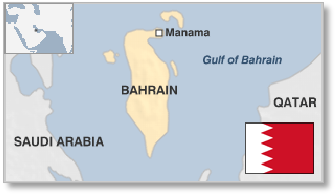 Bahrain under the Al-Khalifa regime is a constitutional monarchy. The King appoints the Prime Minister, ministers and parliament’s Shura Council as well as commanding the army.

Bahrain Petroleum Company (BAPCO) is the NOC established in 1929 and main supplier and distributor of oil and gas .