Finland (the Republic of Finland) is part of Fennoscandia, bordered by the Gulf of Finland (south), the Gulf of Bothnia (west), Sweden (northwest), Norway (north) and Russia (east).

The area was settled around 8500 BC as the last ice age receded. Prior to the 12th century Finns occupied the south and Samis the north. It became part of Sweden from the 13th century but establishment of Finland as an entity was not until 1580 by the King of Sweden.

In the 18th century, wars between Sweden and Russia twice led to occupation by Russia and in 1809 the 6 counties of Finland were signed over to the Russian Empire when the Grand Duchy of Finland came into being.

From the 1860s a strong nationalist movement developed and, following the 1917 Russian Revolution, Finland declared independence.

Finland’s economy was almost entirely based on agriculture until the 1950s. It has now developed an advanced economy and, after a deep recession from 1990 to 1993, joined the European Union in 1995 and adopted the Euro in 2002.

Finland is situated in the geographical region of Fennoscandia, which also includes Scandinavia.It is a country of thousands of lakes and islands with the mostly flat terrain carved by glaciers in the Ice Age.

Finland lies on the Baltic Shield; the exposed northwest segment of the East European Craton composed mostly of metamorphic rocks and granites.

This geology ensures that it has no identified indigenous oil or gas resources, onshore within its rugged igneous and glaciated terrain, or offshore in the Gulf of Bothnia and Gulf of Finland. Globalshift believes Finland is unlikely to achieve any commercial production in the future. 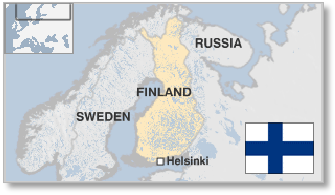 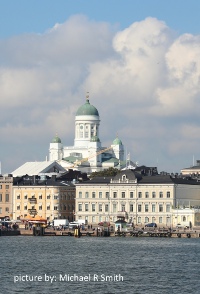 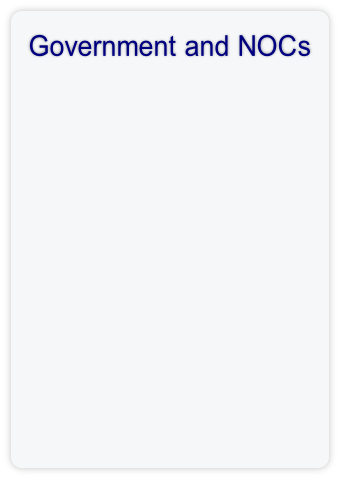 Finland is a parliamentary democracy with a prime minister as head of government. The President is head of state whose position has become primarily ceremonial. There is a 200-member unicameral Parliament exercising legislative authority.

Since Finland has no oil and gas resources there is no specific government department but Finland’s energy policy is overseen by the Ministry of Employment and the Economy.