Iceland (the Republic of Iceland) lies between the North Atlantic and Arctic Oceans, mostly south of the Arctic Circle. It is closer to Europe than North America, both geographically and culturally.

After the first circumnavigation of Iceland in 870 AD settlement by Norwegians began in 874 although Celtics may already have been present. A commonwealth lasted until 1262 when Norway took control.

In 1415 the island became a dependency of Norway and Denmark through the Kalmar Union. It was very poor with infertile soil and a harsh climate, not helped by trade restrictions imposed by Denmark.

In 1814 Denmark and Norway split in the Treaty of Kiel and Iceland became a Danish dependency. An independence movement in the 1850s had achieved home rule by 1874 and the Danish–Icelandic Act of Union in 1918 recognised its sovereignty but with a Danish head of state. In 1940, with Denmark occupied, it was invaded by Britain and then the USA. It formally became a republic in 1944.

Becoming prosperous through fishing, Iceland joined the EU in 1994 and diversified into financial services. The banking system failed in 2008 but the economy has recovered, helped by growth in tourism.

Iceland is volcanically and geologically active. The interior comprises a plateau of sand and basaltic lava fields, and mountains and glaciers.

The country is part of the Mid-Atlantic Ridge marking the boundary between the Eurasian and North American Plates. At the ridge oceanic crust of the Atlantic is spreading to form new oceanic crust. This part of the ridge lies above a mantle plume which has created the land surface by accretion.

In view of its volcanic geology the country has no indigenous oil or gas resources and will never achieve any onshore production. However, its deep offshore waters in the northeast, known as the Dreki area south of the Jan Mayen microcontinent, may hold sedimentary basins analogous to those in Norway. Nevertheless no oil and gas production has been forecast by Globalshift due to the high risk and remote location.

With its steep geothermal gradient and rugged terrain, Iceland is powered almost exclusively by renewable energy from geothermal plants and hydroelectricity. 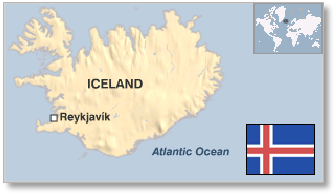 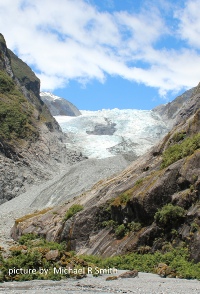 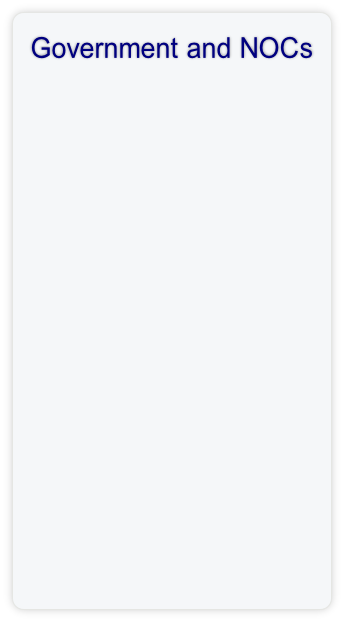 Iceland is a representative democracy and parliamentary republic.

The president is elected for a 4 year term, with no limit, and is primarily a ceremonial head of state. Parliament has 63 members, elected for a maximum of 4 years.

Licensing of exploration areas is run by the National Energy Authority of Iceland (Orkustofnun) by the authority of the Ministry of Industry, Energy and Tourism.