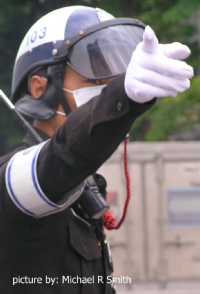 Thailand (the Kingdom of Thailand), formerly Siam, in Indochina borders the Andaman Sea and Myanmar (west and north), Laos (north and east), and Cambodia, the Gulf of Thailand and Malaysia (south).

Inhabited for 40,000 years, the Indianised Funan Kingdom ruled from around 100 AD, replaced in the 9th century by the Khmer Empire. With Hinduism losing out to Buddhism, the Sukhothai Kingdom, founded in 1238, defeated the Khmer, in turn falling to the trading Kingdom of Ayutthaya in the 14th century.

The Lanna Kingdom dominated northern valleys. Ayutthaya fell to Burma (now Myanmar) in 1767 and, in 1782, the Chakri dynasty took over with Bangkok as its capital. Europeans, who had arrived in 1511, were unable to colonise, but Siam lost territory to the UK and France from 1893 to 1904 while acting as a buffer state.

In 1932 absolute monarchy was ended and in 1939 the country changed its name to Thailand. After invasion by Japan in 1941, Thailand declared war on the Allies but also maintained an anti-Japanese movement, becoming an ally of the USA after the war.

It then fell to a series of military dictatorships but, by the 1980s, had become a democracy with a strong industrialised economy. However, it still suffers political unrest with the latest military coup occurring in 2014.

Thailand comprises a number of geographic regions. The north is mountainous with the highest point being Doi Inthanon in the Thanon Thong Chai Range at 2,565m. The northeast is covered by the Khorat Plateau and bordered by the Mekong River.

The central south of the country is dominated by the flat Chao Phraya river valley, which runs into the Gulf of Thailand. The Mekong and Chao Phraya river plains are sites of large scale crop production, especially rice.

Southern Thailand comprises the long and narrow Kra Isthmus that widens to the south into the Malay Peninsula. In the south numerous islands lie along the coast of the Andaman Sea. There are plans to build a canal between the Andaman Sea and Gulf of Thailand to help Thailand become a logistics hub for Southeast Asia.

Oil has been produced in Thailand from the Fang and other basins in the mountainous north since 1949. However, the bulk of Thailand’s oil and gas comes from north-south rifted basins in the shallow waters of the Gulf of Thailand.

Since 1981, when the offshore Erawan field came onstream in the Pattani Trough, growth in output has been rapid and Globalshift expects this to continue for some years as Thailand has a growing need for gas. It also imports gas by pipeline from Myanmar.

Elsewhere oil has been produced from the Chao Phraya valley since 1982 and gas fields, which came onstream in 1990, underlie the Khorat Plateau in the east. A number of new oil and gas fields are in development offshore in the central basins and in the southwest. 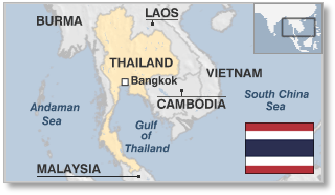 Thailand has had 17 constitutions since 1932 reflecting its political instability. Before 2014 it was a constitutional monarchy with a revered monarch as head of state and a prime minister and cabinet as head of government.

After the coup the 2007 constitution was revoked and the National Assembly was abolished. The country has been ruled by a military organization called the National Council for Peace and Order (NCPO) since then.

The Department of Mineral Fuels within the Ministry of Energy is the agency that oversees the oil and gas industry.

Thailand was a founding member of the Association of Southeast Asian Nations (ASEAN) in 1967.