Latvia (the Republic of Latvia) is one of three Baltic states. It is bordered by Estonia (north), Lithuania (south), Russia (east) and Belarus (southeast). The Baltic Sea forms its west coast.

People settled in the Baltic area around 3000 BC. By the 12th century there were 14 rulers in Livonia (including Latvia and southern Estonia), mostly German. In 1583 Livonia was ceded to Lithuania (a state of Poland) and Poland itself. In 1629 the west of the region was taken by the Swedish Empire.

The Treaty of Nystad in 1721 gave Swedish Latvia to Russia and by 1795 all of Latvia had been absorbed into the Russian Empire. Discontent grew and invasions in World War 1 followed by the Russian Revolution led to foundation of the Latvian republic in 1918.

The country stabilised but in 1940 it was taken by the Soviet Union, then invaded by Germany in 1941, and re-occupied by the Soviets in 1944. The Latvian SSR was created after the war and there was a large influx of Russians.

In 1987 the SSR, along with the other Baltic Republics, was allowed greater autonomy. In 1991 full independence was restored in the aftermath of a failed Soviet coup.

The country’s economy grew rapidly and it joined the EU in 2004 and the Eurozone in 2014.

Latvia is a flat country with most of it less than 100 m above sea level. It overlies the stable East European Platform (Baltic Shield).

However, Latvia has no commercial oil or gas production onshore or offshore in the Gulf of Riga. Despite the recorded oil shows, Globalshift forecasts Latvia as being unlikely to achieve any production in the future. 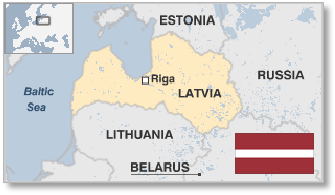 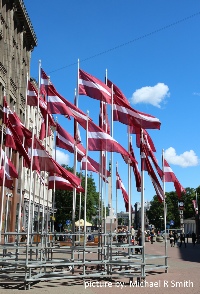 The president appoints a prime minister who, together with his cabinet, forms the executive branch of the government.

The Ministry of Economics develops and implements energy policy. Latvijas Gaze holds a monopoly on the natural gas market however the gas transmission network is to be unbundled from the company.