Saint Lucia (Sainte-Lucie) is in the Lesser Antilles in the Caribbean Sea at its boundary with the Atlantic Ocean. It lies north of St. Vincent and the Grenadines and south of Martinique.

The original inhabitants were the Caribs. The first settlements began in 1600 by the Dutch and English but these were short-lived. France claimed it in 1635, establishing a permanent settlement in 1643.

England went on to regain the island and lose control many times. In 1674 it became a French crown colony (within the dependency of Martinique) but, with its valuable slave-based sugar industry, it continued to change hands.

The UK finally secured St. Lucia in 1814, as part of the Treaty of Paris. It became part of the British Windward Islands colony and slavery was abolished.

The colony was dissolved in 1958 and it joined the Federation of the West Indies up to 1962 and then, in 1967, the West Indies Associated States with internal self-government. In 1979 St. Lucia gained full independence.

The economy is dominated by tourism. However oil storage and transshipment is important and the country is trying to attract foreign investment in offshore banking and a diverse manufacturing sector.

The volcanic island of Saint Lucia is very mountainous with the highest point being Mount Gimie at 950 m. Its coastal plain is narrow and it has limited sedimentary cover.

This geology is not suitable for the generation and accumulation of commercial volumes of oil and gas. Thus St. Lucia has no identified indigenous oil or gas resources, either onshore or offshore. 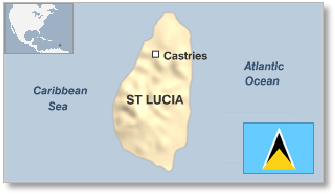 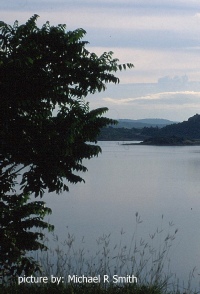 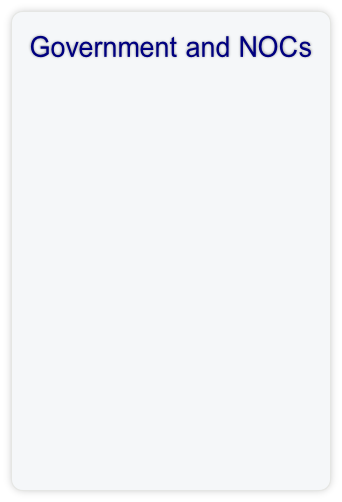 Saint Lucia is a Commonwealth realm with the UK monarch as Head of State, represented by a Governor-General.

Executive power is in the hands of the Prime Minister and his cabinet.

Parliament is bicameral with a 17-member House of Assembly and an 11-member appointed Senate.