Aruba is an island territory in the southern Caribbean Sea in the Leeward Antilles island arc of the Lesser Antilles. It is just 29 kms north of Venezuela.

With Bonaire and Curacao, it forms a group known as the ABC islands. It is also 1 of 4 countries that form the Kingdom of the Netherlands (with the Netherlands, Curacao and Sint Maarten).

Aruba's first inhabitants were Caquetio Arawaks migrating from Venezuela to escape Caribs around 1000 AD. Spaniards colonized the populous island after it was discovered by Europeans in 1499.

The Dutch took over in 1636 and administered it under the Dutch West India Company as part of the Netherlands Antilles. The UK took control in 1804 before returning it to the Netherlands in 1816.

In 1947 the territory presented its first constitution and an independence referendum was held in 1977. Subsequently in 1986 Aruba seceded from the Netherlands Antilles to become a country of the Kingdom of the Netherlands but in 1990 it postponed indefinitely its planned transition to full independence.

With its dry climate tourism is important for its economy with aloe export and oil refining (closed since 2009) also providing revenue.

Aruba is a generally flat, riverless island. It is part of a Late Cretaceous island arc and consists of uplifted reef carbonates resting on basaltic oceanic crust. The island has a history of gold production dating back to the early 1800s.

Although so close to Venezuela its geology is not suitable for the generation and accumulation of commercial volumes of oil and gas. Thus Aruba has no identified indigenous oil or gas resources, either onshore or offshore, and Globalshift believes it is unlikely to achieve any production in the future.

However, because of its location near Venezuela, it became a refinery centre. A precursor company to Exxon opened the Lago refinery in 1929 and the Eagle Oil Refinery was opened soon after. Lago closed in 1985, was reopened in 1991, but closed again in 2009. The smaller Eagle closed in 1959. 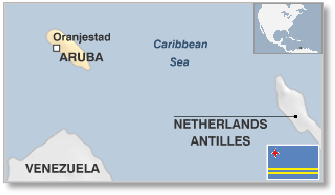 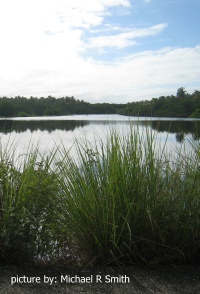 Rushes by a lake 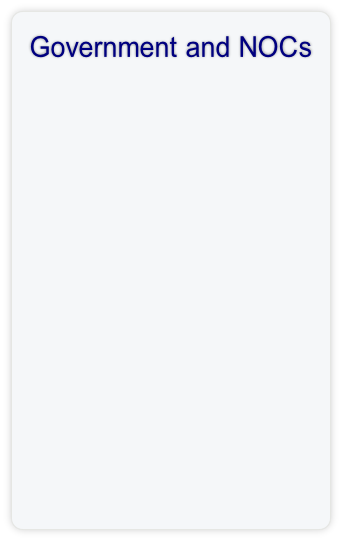 As a constituent country of the Kingdom of the Netherlands, Aruba has a 21-member Parliament and an 8-member Cabinet.

The Compania Arubano di Petroleo is the NOC in Aruba responsible for licensing and regulation of the industry.