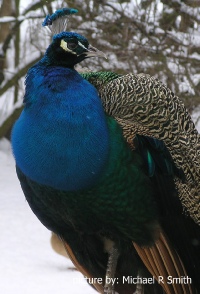 The largest country entirely in Europe, Ukraine is bordered by Russia (east and northeast), Belarus (northwest), Poland and Slovakia (west), Hungary, Romania, and Moldova (southwest), and the Black Sea and Sea of Azov (south and southeast).

During the Middle Ages, the Ukraine region was a centre of East Slavic culture centred around the state of Kievan Rus. After fragmenting in the 13th century it was ruled by a series of powers including Lithuania, the Ottomans and the Austro-Hungarian Empire.

In the 1700s the region was split between Poland and the Russian Empire, and then absorbed fully into Russia. In 1917 the Ukrainian People's Republic was established but by 1922 the country had been forced to become a founding member of the Soviet Union.

Ukraine gained independence again in 1991 and its relationship with Russia remains strained. After switching allegiance to NATO and the EU, conflicts began with Russia over energy supplies and tariffs on gas pipelines that cross the country.

In 2013 a revolution against the pro-Russian government led to its overthrow. This precipitating the Crimean Crisis, when Russia took control of Crimea, and a civil war between the pro-western government and Russia-supported rebels in the east. Although some stability has returned the war in the east lingers on.

Ukraine mostly comprises steppes and plateaus, crossed by rivers as they flow south into the Black Sea and Sea of Azov. In the southwest the delta of the Danube forms the border with Romania. The country's only mountains are the Carpathians in the west, of which the highest is the Hora Hoverla at 2,061m. There are also a number of highland regions including the southwestern spur of the Central Russian Uplands

Ukraine began producing oil from fields on the Crimea Peninsula in 1864. However the bulk of the country’s later production has come from the Carpathians region in the far west (acquired from Poland in World War 2) and then from the Dnieper-Donets rifted basin in the northeast.

Numerous gas fields are also present in both of these regions with gas being exploited from 1940. Ukraine became the first country in the world to export gas in 1945. Both oil and gas production from Ukraine fell sharply during the 1970s. Many of the mature producing reservoirs had been depleted whilst investment had all but ceased by the time of the break-up of the Soviet Union.

Since the 1990s new investment has stemmed decline but has failed to lead to significant growth. Nevertheless Globalshift believes that there is potential for new offshore oil and gas production in the Black Sea, from both shallow and deep waters. In addition shale gas reservoirs are likely to be present onshore.

The annexation of Crimea by Russia in 2013 and persistent civil war in the east has severely damaged investment prospects in the country, both on and offshore. 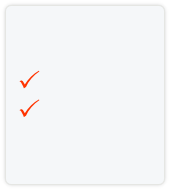 The President is formal head of state elected for a 5-year term.

The legislative branch is a 450-member unicameral parliament headed by the Prime Minister who appoints a Cabinet of Ministers.

Naftogaz is the state-owned NOC under the Ministry of Fuel and Energy.

The country’s gas pipelines are operated by Ukrtransgaz; a subsidiary of Naftogaz. Ukrnafta, the largest producer of oil and gas in the country, was created through privatisation of a state enterprise that had existed since 1945. Just over 50% is owned by Naftogaz.

Chornomornaftogaz is located in Crimea and was a subsidiary of Naftogaz until its seizure by Russia. It was established to develop resources in the Black Sea and Sea of Azov.